Prince Charming himself, Adam Ant comes to Paramount Theatre Seattle on Saturday 9th May 2020 on the Friend or Foe Tour! A continuation of last year's well-received stint on the road, the '80s heartthrob will perform his 1982 debut solo album Friend or Foe in its entirety, including massive new wave hits like "Goody Two Shoes," "Desperate But Not Serious," and its namesake, "Friend or Foe!" It's time to don your facepaint and your tri-corn hat as this British icon stands and delivers! 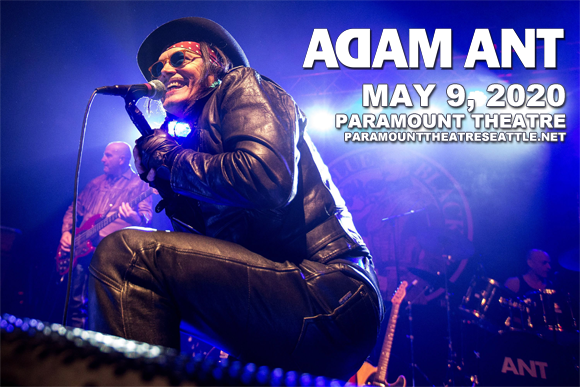 Best-known as the lead singer of British new wave sensations Adam and the Ants, Adam Ant is now a prolific and beloved solo artist in his own right. With a bevy of top ten hits to his name, including three UK number-ones, Ant is a consummate showman whose stylish, danceable rock and roll is filled with humor and sass. Ant's sixth solo studio album, and most recent release, Adam Ant Is the Blueblack Hussar in Marrying the Gunner's Daughter (2013), reached number 25 on the UK Albums Chart, despite its status as an independent self-release. Since 2010, Ant has embarked on six full-length UK national tours, four US national tours, and two Australian tours.