Experimental indie rock troubadour Andrew Bird comes to Paramount Theatre Seattle on Saturday 19th October 2019 as part of an extensive tour in support of his twelfth solo studio album, My Finest Work Yet! The album visits the more irreverently playful side of Bird's work, with its swelling, orchestral pop feel and jauntily sardonic lyrics – it may well live up to its name! Bird will be joined by the effortlessly talented singer-songwriter and rapper Meshell Ndegeocello in support! 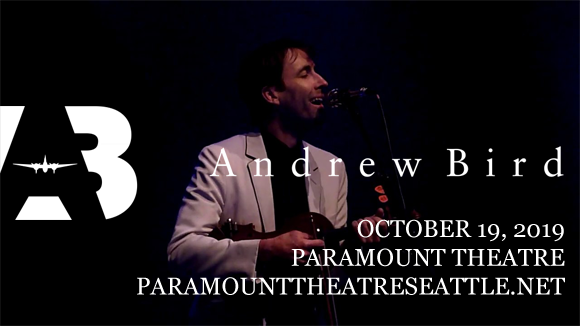 American indie rock multi-instrumentalist, singer, and songwriter Andrew Bird began his career in 1996 with the release of his debut album, Music of Hair. Throughout the '90s, Bird was a member of several jazz ensembles, including Squirrel Nut Zippers and Kevin O'Donnell's Quality Six, and in 1997 he started Andrew Bird's Bowl of Fire, releasing three albums with the group before it disbanded in 2003. After the group disbanded, Bird renewed his interest in pursuing a solo career and released the album Weather Systems later that year, marking a change in musical direction with greater emphasis on his use of loop-pedal. To date, Bird has released 15 studio albums, as well as several live albums and EPs, in a variety of musical genres. His most recent album, My Finest Work Yet, was released this year.