Avril Lavigne is back with her first album and tour in five years! The Canadian pop-punk artist is headed to Paramount Theatre Seattle on Saturday 14th September 2019 on the Head Above Water Tour, which sees her performing tracks from her recent album of the same name, including singles "Head Above Water", "Tell Me It's Over", "Dumb Blonde" and "I Fell in Love with the Devil"! Lavigne will also be bustin' out the fan favorites, so get ready to take a trip down memory lane with the sk8er girl herself! 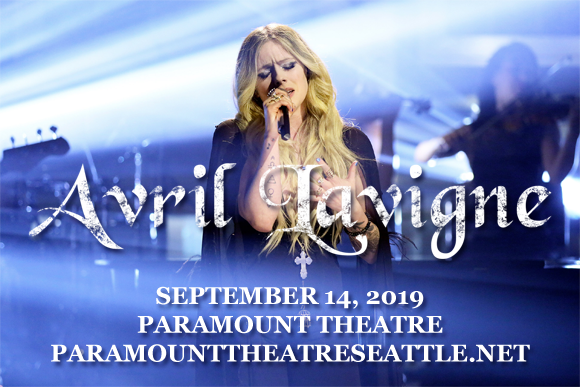 Canadian singer, songwriter, and actress Avril Lavigne came to fame as a teenager with the release of her pop-punk debut album Let Go (2002). "Complicated", her breakthrough single, reached number one in several countries worldwide and made her the youngest female soloist to have a number-one album in the United Kingdom, and her second studio album, Under My Skin (2004), was her first album to reach the top of the Billboard 200 chart in the United States, going on to sell 10 million copies worldwide. Lavigne's third studio album saw similar success, launching the single "Girlfriend", which became her first single to reach the top of the Billboard Hot 100 in the United States. Her fourth and fifth studio albums, Goodbye Lullaby (2011) and Avril Lavigne (2013), were both certified gold in Canada, the United States, and other territories. After an illness-related hiatus from music, Lavigne returned to music in 2019 with the release of her sixth studio album Head Above Water.The third-best-selling Canadian female artist of all time, behind Celine Dion and Shania Twain, Lavigne has sold over 40 million albums and over 50 million singles worldwide to date.