Get ready for a unique and awesome comedy show this February as notorious podcast hosts, comedians Andrew Santino and Bobby Lee take their Bad Friends Podcast on tour! The much-awaited live event comes to the Paramount Theatre Seattle on Saturday, 18th February 2023! The show will maintain its format but with a live recording! Experience the discussion live as Bobby Lee and Andrew Santino discuss anything and everything under the sun. This is the perfect show for you if you are a fan of comical conversations, arguments, or even awkward revelations! Hurry and get your tickets now to see Bad Friends Podcast featuring Andrew Santino and Bobby Lee! 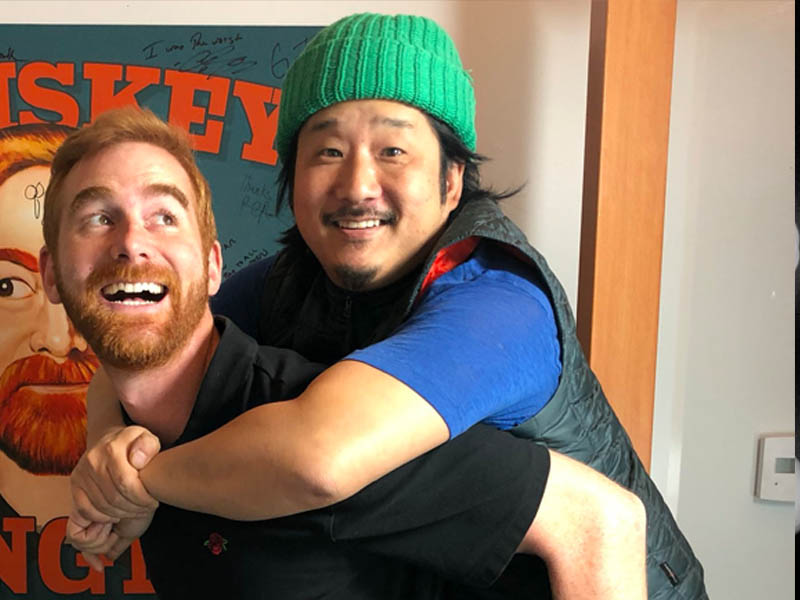 Andrew Santino is a stand-up comedian, podcaster, and actor who emerged in 2006. He has appeared in several films, such as Sin City Saints, I’m Dying Up Here, Mixology, and Dave, among others. Santino’s comedy style mostly revolves around observations and may occasionally contain self-deprecation, insults, and sarcasm. In 2015, Santino hosted Roast of Justin Bieber’s pre-show. Two years later, he appeared in The Late Late Show with James Corden. In The same here, Santino dropped his comedy special Home Field Advantage with much critical acclaim. In 2018, Santino launched his podcast Whiskey Ginger, followed by Bad Friends with Bobby Lee in 2020.

Santino’s co-host Bobby Lee, also a stand-up comedian, actor, and podcaster, was known for his role in MADtv and Splitting Up. During the ‘90s, Lee was working odd jobs and performing stand-up comedy during amateur nights. After a consistent run of shows, Lee quickly received offers to open for renowned comedians, such as Carlos Mencia and Pauly Shore. In 2001, Lee joined MADtv and made history as the first Asian cast member. Lee, who performed in skits, stayed with the show until 2009 and made a guest appearance in 2016. In 2015, Lee started his podcast with Khalyla Kuhn titled Tiger Belly. In 2022, Lee made a couple of appearances in other popular podcasts, such as the Joe Rogan Experience, Logan Paul’s Impaulsive, This Past Weekend with Theo Von, and many more.