One of the brightest stars of Broadway, the ever-talented Bernadette Peters comes to Paramount Theatre Seattle on Saturday 12th September 2020 for an evening of music from a range of genres, highlighting her skill, versatility and showmanship! The breathtaking artist will perform from a range of hit Broadway shows, as well as standards from Rodgers & Hammerstein, Stephen Sondheim, and more! She'll also perform songs from some of her Grammy Award-sinning albums, bringing her effervescent spirit to the stage for one truly unforgettable evening! 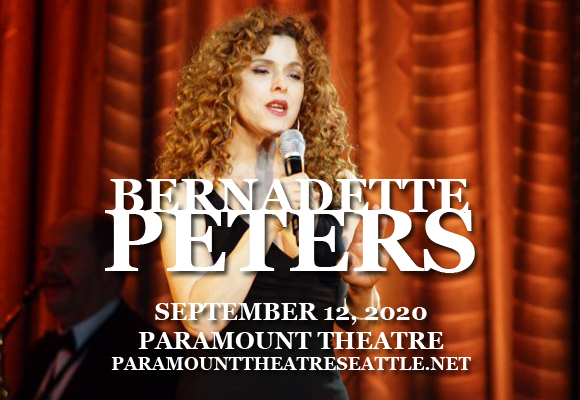 American actress, singer, and children's book author Bernadette Peters has been in the industry for over 60 years, beginning her career as a child star on the stage in 1958. She is best known as a crtically acclaimed Broadway star, and has been praised particularly for her work with Stephen Sondheim. Throughout her career she has been nominated for Tony Awards, winning two (plus an honorary award), and has been nominated for Drama Desk Awards, winning three. In addition, four of the Broadway cast albums on which she has starred have won Grammy Awards. She is also known for her film and television work, garnering praise for her work on The Muppet Show, The Carol Burnett Show, as well as in the films Silent Movie, The Jerk, Pennies from Heaven and Annie. Peters has released six solo albums, and has authored three children's books. She was honored with a star on the Hollywood Walk of Fame in 1987.