Breaking into the Paramount Theatre Seattle on Monday 2nd May 2022 is indie-folk rock band "Big Thief", found guilty as charged of stealing and breaking hearts with songs of bare-bone emotions. They recently unveiled their new single “Change”, as they revealed an extensive round of tour dates. Adrianne Lenker (guitar, vocals), Buck Meek (guitar, backing vocals), Max Oleartchik (bass), and James Krivchenia (drums), collectively known as Big Thief, is "a band bound by great songs," as described by NPR.org. Catch them while you can! Get your tickets now. 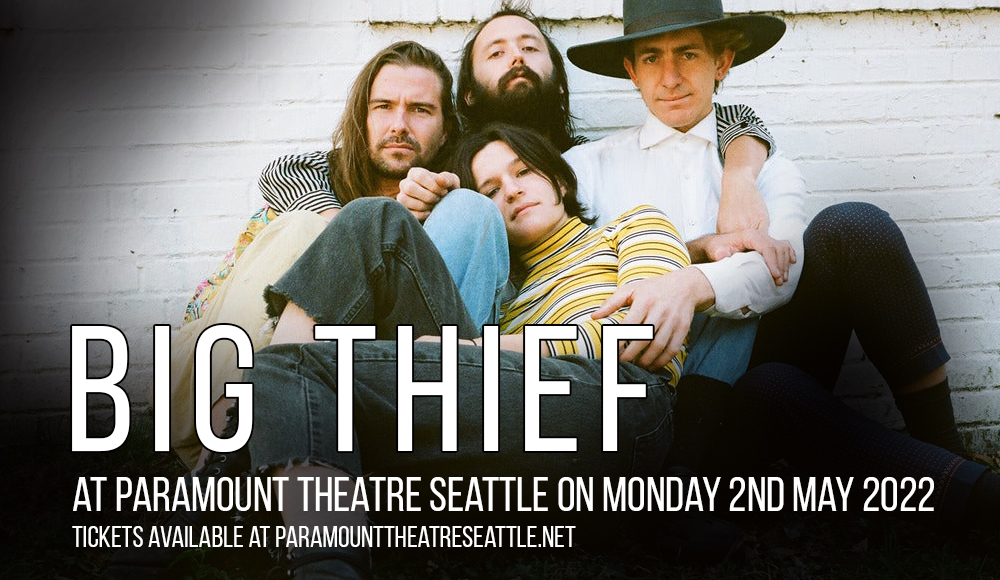 For a band who rather bravely titled their debut album "Masterpiece", expectations were running high. And true to their word, Big Theif's 2016 album delivered and garnered favorable reviews from music critics. Jillian Mapes, of Pitchfork Media, said that the songs on the album "sound cherry-picked over a lifetime of writing". Portland Mercury's Ben Salmon have said Big Thief "alternately sounds like an unearthed field recording ("Little Arrow"), a pop band with a broken heart's pulse ("Vegas"), and a classic, buzzy indie-rock outfit ("Interstate")." Since then Big Thief has become a music press favorite, and the band proved that their masterful songwriting was no fluke. Their sophomore, 2017 released album "Capacity" was #2 on SPIN's "50 Best Albums of 2017"; while the song "Mary" ranked #44 on Pitchfork's 200 Best Songs of the 2010s list.

Snag a pair or even a bunch of tickets to experience the campfire-friendly vibe as you and your gang of friends hang out with Big Thief live at the Paramount Theatre. Book your tickets now!