Bikini Kill are headed to Paramount Theatre Seattle on Friday 23rd October 2020 for the first of a two-night-stand bringing their iconic songs to the stage on their first tour since the 1990s! The iconic riot grrrl band reunited last year for a limited series of shows but decided to go on the road once more in 2020 to sow the seeds of feminist rebellion for a new generation! Known for their intense live shows, bringing a powerful presence to the stage, the band is primed and ready to return to the touring circuit! 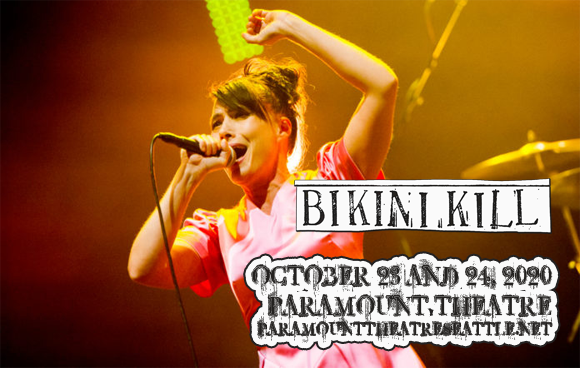