Fresh from a round of sell-out reunion shows in 2019, riot grrrl legends Bikini Kill will be performing at Paramount Theatre Seattle on Sunday 12th September 2021 for the second in a back-to-back run of shows! Making their mark on the 1990s with powerful live performances, radical feminist lyrics, and a strong DIY ethos, the band was short-lived but iconic – sparking a flame of musical activism that can be heard in subsequent groups that carried on their movement. Now, the group brings their message to today's crowds!

[This shows is rescheduled from Monday 17th March 2020] 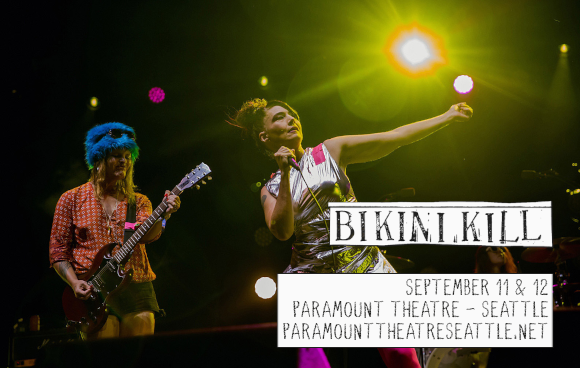