The new theatrical adaptation of the award-winning animated TV series for children, Bluey, is making its way to the US! Bluey's Big Play is coming over live on stage at Paramount Theatre Seattle on Sunday, February 12th, 2023. It's time to meet the Heelers themselves, in real life this time, off of your TV screens as Bluey, Bingo, Bandit, and Chilli hop on stage to laugh, sing, dance, and take everyone on an exciting adventure! Having won the hearts of kids around the world, you can't miss out on meeting these adorable Heelers live on stage. Save your seats by booking those tickets now! 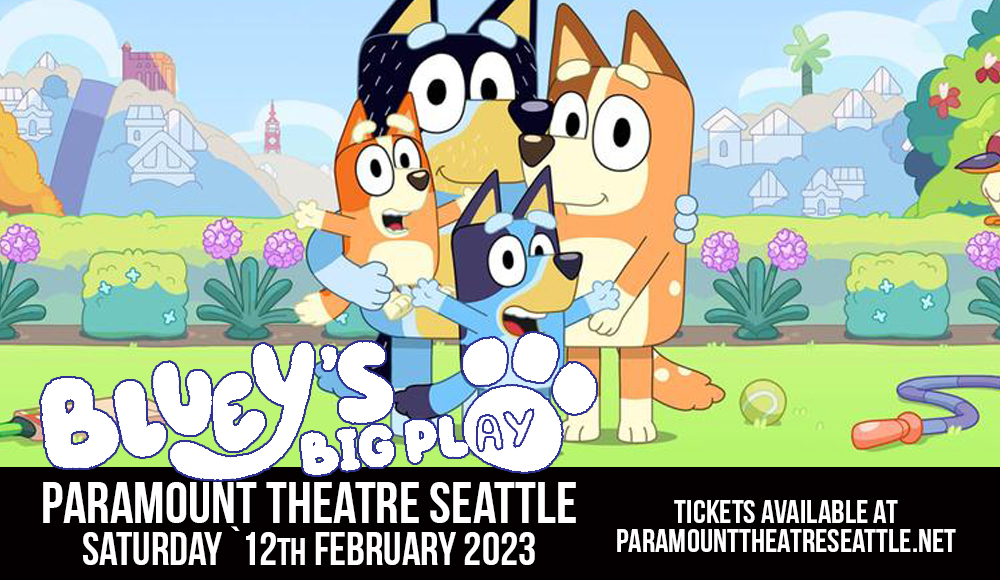 Presented by BBC Studios and Andrew Kay in association with Windmill Theatre Co., Bluey's Big Play is set to kickstart its first US stage tour run, after its success in its home in Australia. The show is a new theatrical adaptation of the highly-acclaimed children's television series, Bluey, featuring a fresh new original storyline by creator Joe Brumm and a new scoring by Bluey composer, Joff Bush.

"After seeing the amazing reaction the show received during its Australia run, we are delighted to bring this standout live theater show to U.S. audiences," says Rosemary Myers from Windmill Theatre Co. "We know how much love there is out there for Bluey and are thrilled and honored to translate these brilliant characters into the three-dimensional world and to share this special experience with fans throughout America."

In its home market in Australia, Bluey's Big Play started its first show in Brisbane, then performed over four hundred times across sixty-five venues in the country, including the Sydney Opera House. With the massive success of its live stage tour in Australia, Bluey's Big Play is set to greet and play with kids and families in the US, bringing a good time for everyone.