The children's animated series that laughed and played with the kiddos all across the globe, Bluey, is bringing its first live stage show to the US, stopping by for a good time at Paramount Theatre Seattle on Saturday, February 11th, 2023. The award-winning animated series that airs on Disney is coming right off of the screen and onto the big stage in theaters across the US at the Bluey's Big Play The Stage Show. The kiddos will get to see Bluey, Bingo, Bandit, and Chilli in real life! The Heelers are set to embark on a fresh new story that the kids will surely enjoy! So go ahead and book those tickets now! 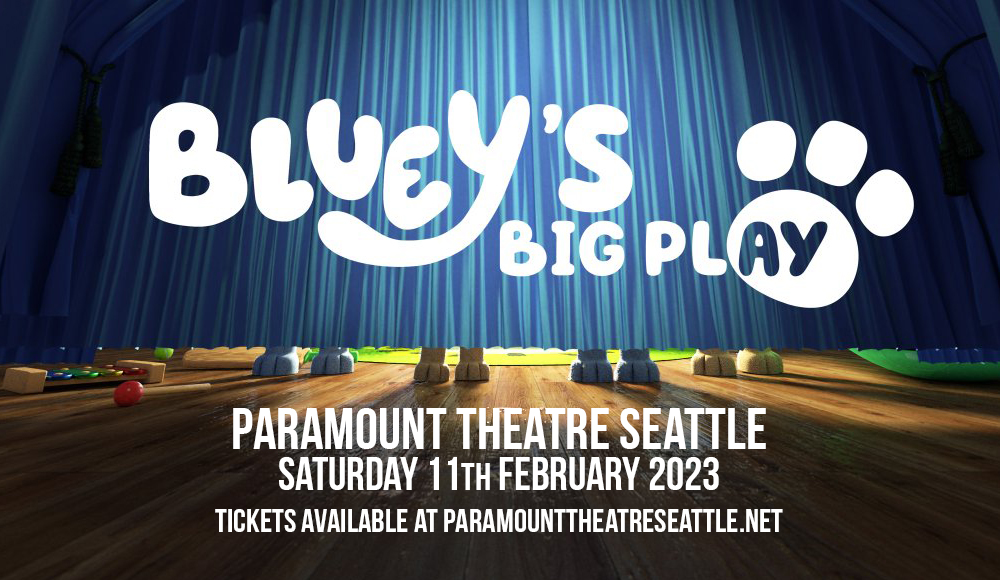 It's time to bring the kids on an adventure of a lifetime when they meet the adorable Heeler family – Blue, Bingo, Bandit, and Chilli on the live stage across theaters in the US. The Australian animated television series Bluey is embarking on its first US live show tour named Bluey's Big Play after a successful run its home in Australia.

"After seeing the amazing reaction the show received during its Australia run, we are delighted to bring this standout live theater show to U.S. audiences," said Rosemary Myers (director from Windmill Theatre Co).

Bluey's Big Play Stage Show features an original new story by Joe Brumm – the creator of Bluey. The show also has new music up its sleeve, made possible by Joff Bush – Bluey composer.

The live show is presented by BBC Studios and Andrew Kay together with Windmill Theatre Co.

"We’re so excited to bring Bluey’s Big Play to the U.S. and we’re sure that it will be the hottest ticket in town," said Suzy Raia of BBC Studios Americas. "U.S. audiences have really embraced the Heeler Family and we can’t wait for them to see the stage show and to welcome them in to experience Bluey’s world, for real life!"

It's time to call your kiddos and head straight into an adventure with the Heelers at Bluey's Big Play happening at Paramount Theatre Seattle on February 11, 2023. Book your tickets now!