Like their big hit "Fiesta," Bomba Estereo will bring their songs' festive and joyous atmosphere at the Paramount Theatre Seattle this Tuesday, September 27. Join thousands of spectators as you groove along to the all-time hits of this psychedelic cumbia and electro-tropical band. Grab your tickets for the Seattle stop of their Deja World Tour and prepare to sing and dance along to their most popular tracks, such as "Soy Yo," "Fuego," "Caderas," "Bailar Conmigo," and many more! Bomba Estereo is known to give its fans the best concert experience, so this is easily one of the best events for you and your friends to enjoy this fall. Click on the "Get Tickets" button now to secure the best seats in the venue. 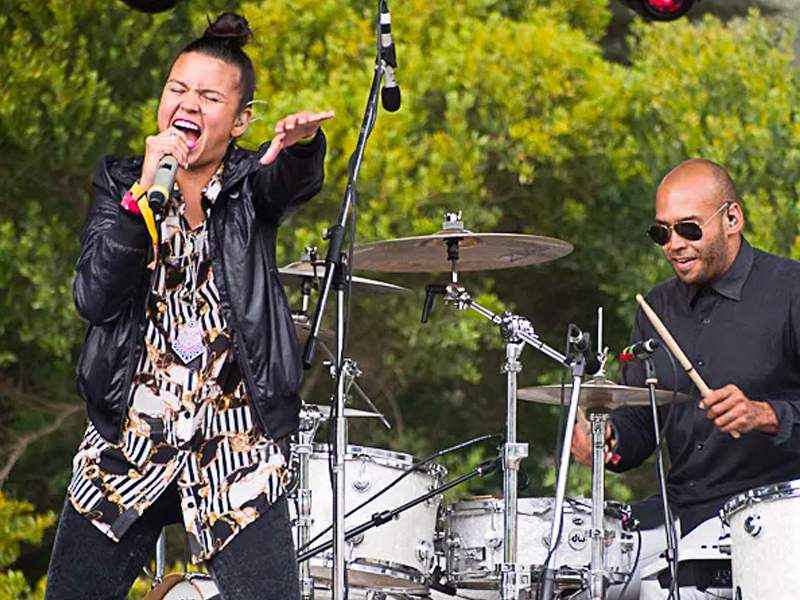 After the release of their 6th studio album, Deja, the Colombian duo of Saumet (vocals/lyrics) and Simón Mejía (electronics) is now set to hit the road. Together with its band, the Bomba Estereo hopes to promote the album, their first record after the pandemic hit. Dubbed by Rolling Stone as "one of the most consciously (and best) post-pandemic records of the year," the album does not only offer a familiar festive electronic-folk sound that gained the band its international recognition but presents socially conscious tracks.

Fans of the Colombian band can now finally see them perform these newer songs, such as "Tierra," "Agua," and "Amor Amor," among many others, as they are embarking on the North American leg of their Deja World Tour. It will kick off on 17th August at Danforth Music Hall and wrap up with a performance at Hollywood Palladium on the 3rd of October 2022. The Grammy-nominated band will stop at major cities in the US and Canada, including Seattle's Paramount Theater. With the success of their newest album, this concert is expected to be a bomb. So get your tickets now before they run out.