Acclaimed comedian Brian Regan takes to the stage at Paramount Theatre Seattle on Saturday 12th February 2022 as part of a mammoth theatre tour that sees him performing over 60 dates in the US, spread over nine months! The veteran comic is known for his smart, relatable, clean comedy, which sees him use his physicality to bring life and hilarity to his stories and anecdotes. Regan is a master of his craft and a guaranteed fun night out! 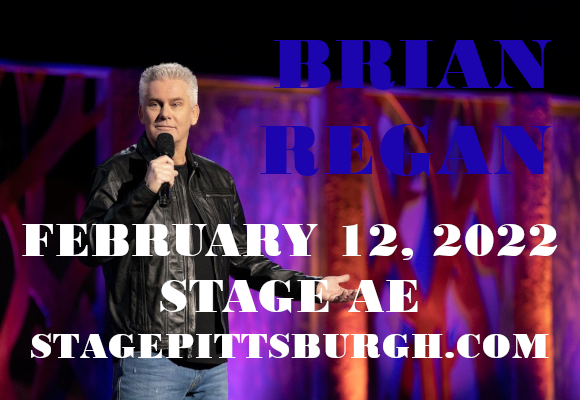 Comedian Brian Regan has been performing stand-up since the 1980s and made his late-night television debut in 1991 on the Tonight Show with Johnny Carson. Six years later, he released his first comedy album, Brian Regan Live. His first live DVD – a self-release of his performance at the Irvine Improv, titled I Walked On the Moon – came out in 2004. In 2007, Regan signed a deal with Comedy Central, which resulted in  two one-hour stand-up specials (also released on DVD), the development of a show for the network, and headline a theater tour, Brian Regan in Concert: A Comedy Central Live Event. He has made more appearances on The Late Show with David Letterman than any other comic since the show began on CBS, making his 28th and final stand-up performance on the program in 2015. 2017 saw Regan sign a deal with Netflix, with whom he has released three specials: Nunchucks and Flamethrowers (2017), Standup and Away! with Brian Regan (2018), and On the Rocks (2021).