An electrifying Saturday evening is coming your way this December 10 as one of the most influential Mexican rock bands, Caifanes, will be rocking their way to the Paramount Theatre Seattle. Join the Saúl Hernandez-led band in this reunion concert that will remind both old and young fans of the awesome music of Mexico’s iconic rock band. It doesn’t matter if you just recently discovered the band. Caifanes will make you feel like you’ve known them for a long time by performing their classic hits that are pleasing to the ears. Jam along to the songs “Afuera,” “La célula que explota,” and “No dejes que…,” among many others. If you dig shows like this, you should click the “Get Tickets” button to secure your tickets now! 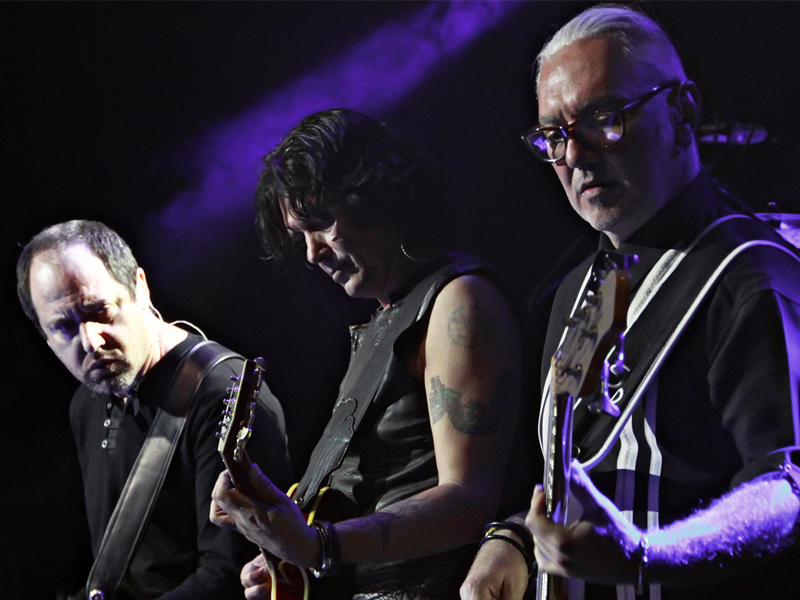 One of the biggest Mexican bands of the 80s, Caifanes, dominated with their style that fused progressive rock, new wave, and Latin percussion. Formed by Saúl Hernández, Alfonso André, and Alejandro Marcovich in 1986, they aimed to bring radical sounds to the corporate pop/rock and ballad mainstream music of Mexico. It did not take them long to succeed. By 1987, they were already selling out and packing out venues. Difficulties arose later on, with them being shunned by record labels not just because of their unconventional music but also because of their eccentric fashion. Their style, music, and clothing were heavily influenced by the British band The Cure, known for their frizzy hair and makeup. But the Rock en Español phenomena of that time made it difficult for them to be ignored. In 1988, their self-titled debut album came out with moderate success, establishing their presence in the Mexican music scene. By 1989, they had become one of the biggest rock acts in Mexico, and in the 90s, they reached international fame.

Caifanes is on tour this year in Mexico and US. Fans of the band in Seattle, Washington, do not miss their performance at the Paramount Theatre Seattle on Saturday, December 10. Get tickets now!