Chelsea Cutler: When I Close My Eyes Tour Tickets

Chelsea Cutler comes to Paramount Theatre Seattle on Tuesday, April 26th, 2022, with very special guests Adam Melchor, and ROSIE. This is it people, Chelsea is definitely going to go the whole way through her headline tour, she is determined, and she has a brand-new album to boot. So, grab some tickets and come on down to Paramount Theatre and you can hear songs from both her debut and her sophomore albums live! 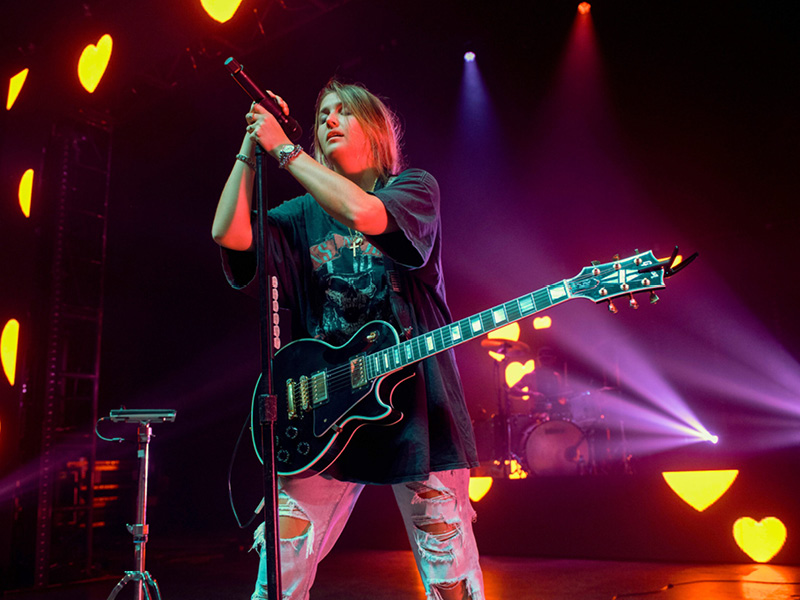 Singer, songwriter, and producer Chelsea Emily Cutler from Westport, Connecticut, released her debut studio album, How to Be Human, in January 2020, peaking at number 23 on the Billboard 200 chart. Her second and brand-new album, When I Close My Eyes, was released on the 15th of October 2021. MTV stated, “Cutler’s sophomore solo studio album When I Close My Eyes, out October 15. She has always penned vulnerable lyrics, but here, for the very first time, joyful and unapologetically romantic songs flow from a completely unguarded place — a newfound sense of self-acceptance.”

Chelsea started off her musical career releasing covers on SoundCloud, she got her big break when she was offered a support role on Quinn XCII's national tour in the spring of 2018, and she made the difficult decision to drop out of college and pursue music full-time. In March 2019, she released a joint EP, Brent, with friend and label-mate Jeremy Zucker. The EP features the single "you were good to me", which they performed live on The Today Show. In May 2019, Cutler collaborated with Kygo on the single, "Not OK". It became her third collaboration to appear on the Billboard Dance/Electronic Songs chart, peaking at number 9. In January 2020 she performed the lead single off of her debut album, "Sad Tonight", on Late Night With Seth Meyers, and the song later became Chelsea’s first entry on the Billboard Mainstream Top 40 airplay chart, peaking at number 32 in March 2020.