Chelsea Handler comes to Paramount Theatre Seattle on Thursday 3rd February 2022 as part of her upcoming, Vaccinated and Horny tour that will see her touring 40+ cities across the country. Handler is an American stand-up comedian, T.V personality, activist, and author. She hails from New Jersey and also competed in the Miss New Jersey pageant as a teenager. Many of us know her from Chelsea Lately, her late-night show that looked at pop culture and breaking news from a very interesting angle. If you have been following Chelsea for a while now, its an excellent opportunity to grab tickets to her live show right now! 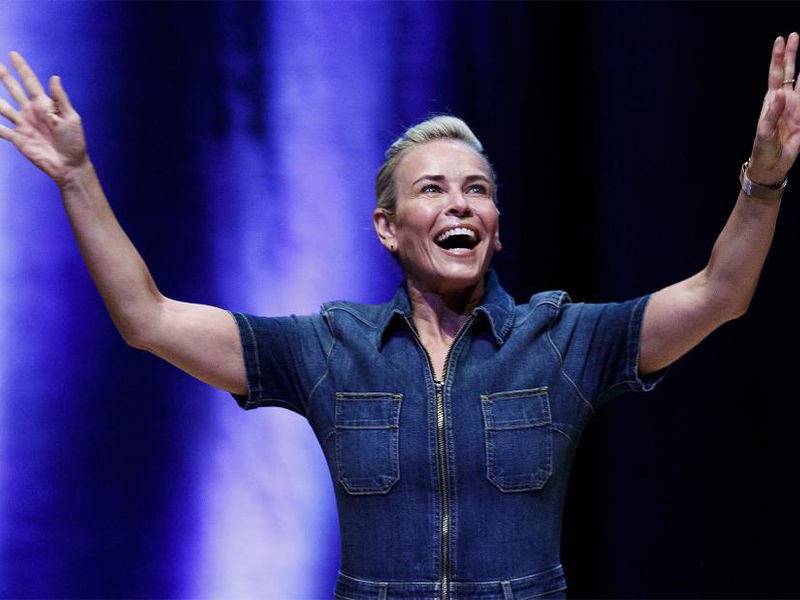 Chelsea hosted her talk show, Chelsea Lately, from 2007 to 2015 on the E! network. Following the ending of her show in 2016, she released a Netflix documentary, Chelsea Does, another talk show Chelsea and appeared on various comedy programs. She is the author of six books that have made the New York Times Best Seller List, five of them reaching number one. Her humor and candor have made her one of the most famous voices in entertainment and pop culture.
After a great seven-year run as a talk show host, Chelsea Handler was up for new challenges and moved to Netflix, the popular streaming platform. Her documentary Chelsea Does gained widespread attention from viewers worldwide, and her journey as an author has been reasonably successful. Her most recent work includes her first stand-up launch in over six years, Chelsea Handler: Evolution, released on HBO Max. It has gained critical acclaim alongside her iHeart Radio advice podcast, Dear Chelsea. Her humor, wit and clever delivery are bound to make your evening a special one. Grab your tickets right now and get a chance to see her on her Vaccinated and Horny tour.