From teenage bedroom singer to critically acclaimed indie-pop sensation, Clairo is the one to watch right now and she's headed to Paramount Theatre Seattle on Wednesday 23rd March 2022! The performer is touring in support of her Jack Antonoff produced sophomore studio album Sling, which is poised to be this talented artist's breakout record, placing her alongside contemporaries like Lorde and Pheobe Bridgers! The "Blouse" singer will be joined in support by Arlo Parks & Widowspeak! 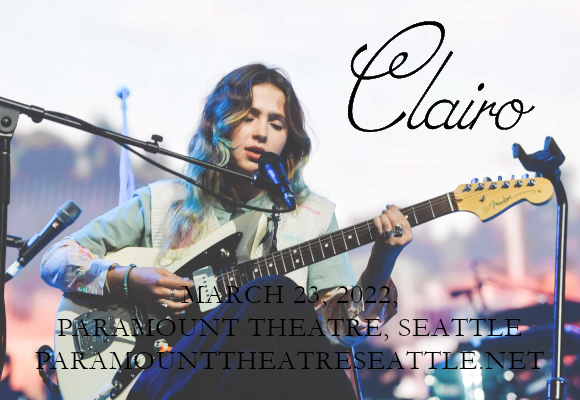 Lauded as Best New Act in the World by NME in 2020, indie-pop singer-songwriter Clairo has been capturing critical attention since she was 13 when MTV commissioned her to write a song for them. Since then, her career and talent have both blossomed. In 2017, the music video for her single "Pretty Girl" went viral on YouTube and she was signed to Fader Label. Her debut EP, Diary 001, was released on the label in 2018. The following year her debut album, Immunity, arrived and it was a critical hit, landing on several end-of-year lists, including  The Guardian, Pitchfork, Billboard and Los Angeles Times. It also launched the singles "Bags" and "Sofia", the latter of which became her first single to chart on the Billboard Hot 100. Her sophomore LP, Sling, was released in 2021 and reached number 17 on the Billboard 200.