Country fans, get ready for some exciting news!! Wrapping up their tour with Chris Young in 2018, Dan and Shay return with a headline tour in 2019, with the incredible Chris Lane joining them as opener!! They’re playing their second night at the Paramount Theatre Seattle on Friday 12th April 2019 – be there! Tickets on sale NOW and selling fast – get yours while you can!! 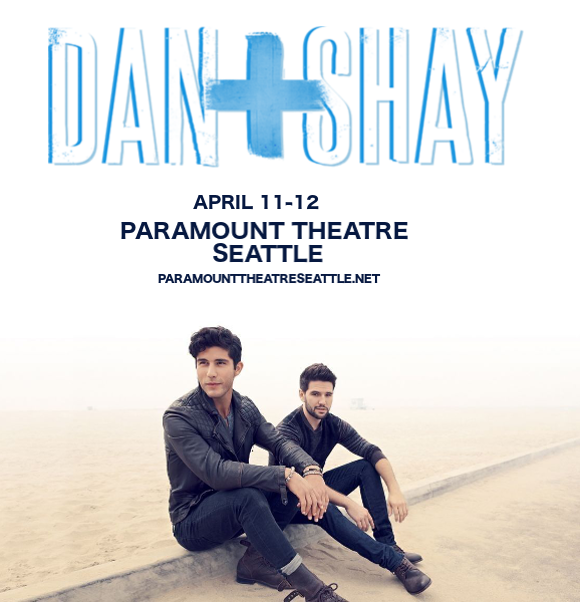 Formed of Dan Smyers and Shay Mooney, Dan and Shay was formed the very day the two met in December 2012. Their first song was given to Rascal Flatts, and the duo were swiftly signed to Warner/Chappell Music. Their debut single, "19 You + Me" hit country radio one year later, and Dan and Shay were an instant sensation! Their debut album, “Where It All Began,” released in 2014, hit number 1 on the  Top Country Albums chart and debuted at number six on the Billboard 200, with sales of over 29,000 units in its first week!

Now, the two are on tour with their latest album, simply entitled “Dan + Shay,” and received with rave reviews from audiences and critics alike!! “ Dan + Shay is a completely different beast,” wrote Entertainment Focus. “Not only have the duo more then delivered on the hits front, they’ve created a cohesive album that pushes their sound, takes risks and finally sees them properly finding their footing.”

Are you ready to experience it all for yourself? Then what are you waiting for?? Grab your tickets to see Dan and Shay NOW!