A day filled with dances, songs, acrobatics, and other pleasant surprises await you this December 4th as the "Disney Junior Live: Costume Palooza" makes its way to Paramount Theatre Seattle. Yes, the touring show of Disney Junior is back on the road this holiday season to give you a bigger, better, and grander show that will surely put smiles on children's faces. With an exciting theme this year, kids can go to the show all dressed up as their favorite Disney characters while watching Mickey, Minnie, Goofy, Doc McStuffins, the Puppy Dog Pals, and Alice from Disney Junior's newest hit series "Alice's Wonderland Bakery" embark on the most epic costume party. This is also Marvel's Spidey and His Amazing Friends' debut at the touring event, so this spells nothing but fun! So, grab your tickets for the entire family and be ready to be blown away by this interactive and immersive show. See you there! 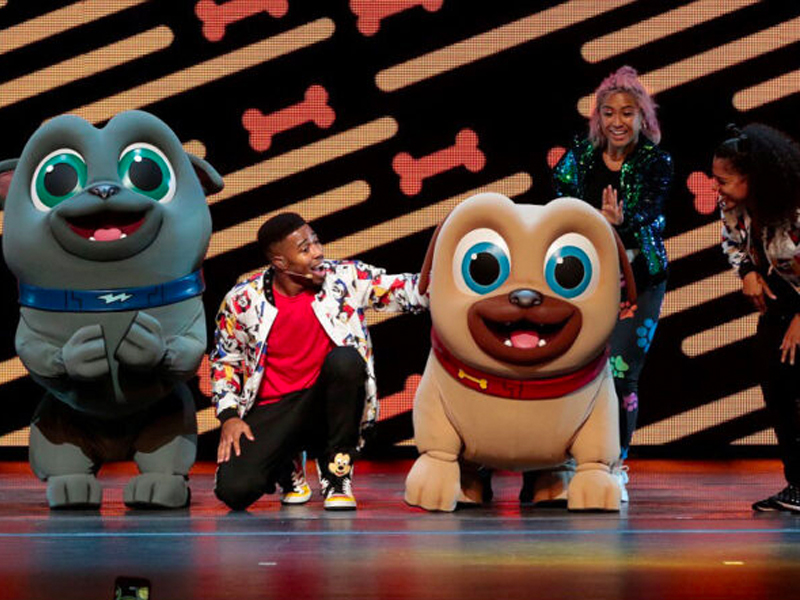 Disney Jr. Live on Tour is excited to announce that it will embark on an exciting tour this fall. Dubbed the "Disney Jr. Live on Tour: Costume Palooza," the interactive show, which will kick off on September 2 at Riverside, California, will stop at 80 venues all over the country, including Seattle's Paramount Theatre. This year's live production will be brought by the creators of "Disney Junior Dance Party On Tour." Thus, we can all expect this to be as exciting as the previous tours. Still, with the new additional characters to the line-up of Disney Junior's shows, we can only speculate that this may be the biggest and the grandest we ever see from the touring show.

"It is great to be able to bring the Disney Junior characters back on the road again, bigger and better, with incredible acrobatics, songs, and dances. We know that families won't want to miss the chance to see 'Marvel's Spidey and his Amazing Friends' perform, as well as Mickey, Minnie, and their favorite Disney Junior pals," said Jennifer Rogers Doyle, senior vice president of Disney Media and Entertainment Distribution.

This year's theme will let you see Mickey, Minnie, and their pals prepare to throw a costume party, but mysterious happenings with the weather keep them from achieving their plans. Enter Team Spidey to the rescue! Will he and his friends be able to help Mickey and Minnie in making sure that the biggest costume party will be realized? Well, there's only one way to find out. Join hundreds of other families in witnessing this year's Disney Junior Live on Tour's stop at Paramount Theater Seattle this December 4. Grab your tickets now and prepare for one of this year's most memorable family events.