Glamour queen Dita Von Tease is set to bring the world’s biggest burlesque show to North America! The trek titled the Glamonatrix Tour will travel across 21 major cities, kicking off on Saturday, 7th January 2023, at the Paramount Theatre Seattle! The sensational burlesque artist, Dita Von Tease, will bring her much-awaited set to the stage, welcoming the year 2023 with a bang! The 2023 tour comes after she successfully completed 41 shows overseas. This time, she brings her one-of-a-kind sensual performance home! If you love Dita Von Teese, you better grab your tickets now! 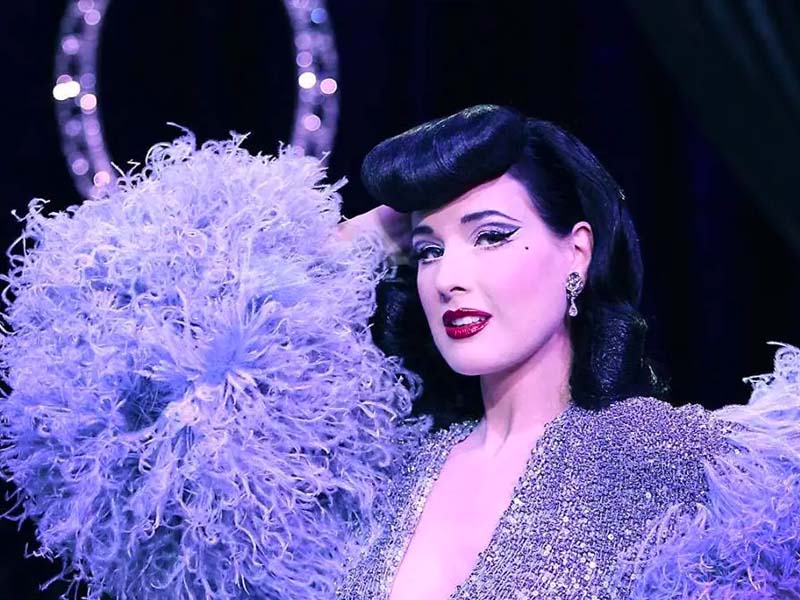 Dita Von Teese is responsible for reviving the art of burlesque. The performer, model, and businesswoman has taken the world by storm with her retro-style strip tease act. Burlesque, popular during the ‘30s, has become a sensational form of expression among performers in the 21st century. Dita Von Teese first made a breakthrough in 2002 when she graced the cover of Playboy Magazine. She adopted the name Dita after the silent film actress Dita Parlo. Dita Von Teese is known for her retro style reminiscent of 1940s fashion. During an interview, she mentioned, “I have my signature look, and I'm sticking to it because it's the look that is one hundred percent me and one hundred percent created by me.” In the earlier years of her career, Dita was recognized for wearing tight-laced corsets and glamour modeling. In 1992, she began performing burlesque. Her presentations often involve elaborate dance shows, props, and characters. Some of her signature acts include The Martini Glass, The Opium Den, Le Bain Noir, Bird of Paradise, and many more.

During an interview, Dita Von Teese explained why she maintains her retro style instead of recreating her image with new looks.“For me, burlesque has always been about finding my own confidence, liberating the taboo of striptease with fantastical stripscapes, while encouraging others to indulge in and enjoy their own sensuality.” She continued that the Glaminatrix show “speaks to unapologetic sensual power with a fun fetishistic twist.”