Think about those biting thoughts that we may not dare to say out loud. Well, Franco Escamilla has become the mouthpiece that spews out those acerbic words yet sounds so funny at that. Well, he doesn't go by the moniker 'El Amo del Sarcasmo', or The Master of Sarcasm for nothing. This stand-up comedian has earned this reputation and folks from all over flock to his shows. And he's at it again this 2020, as he is due to take center stage at the Paramount Theatre Seattle on Saturday 28th March 2020. Are you in for dark stinging humor? Find out and book your tickets now! 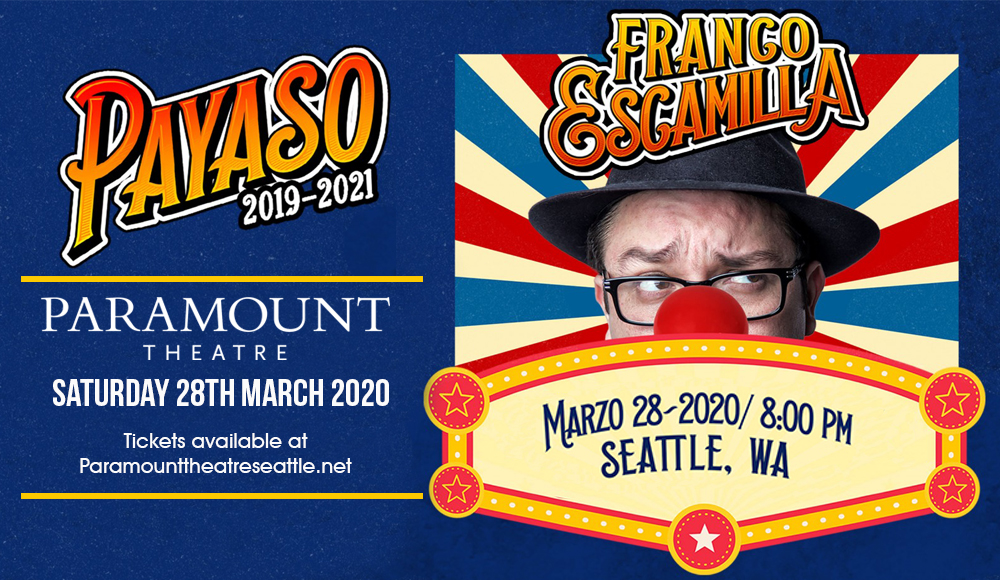 El Amo del Sarcasmo, or The Master of Sarcasm. This moniker fits like a glove with the name Franco Escamilla. He is a standup comedian, singer/songwriter, and radio personality. Straight out of college, Franco Escamilla embarked on a career in comedy, through his YouTube channel. Followers of his channel caused ripples all the way through mainstream TV media which led to hosting his own comedic talk show, El Show de Franco Escamilla , on American Spanish-language network Estrella TV. The following year also marked the debut of his Comedy Central special Franco Escamilla: El Comediante del Sombrero, which was accompanied by a theater tour of the U.S. Then to add another feather in his cap, he made his music recording debut with the album titled Fe, wearing his mostly acoustic singer/songwriter hat.

Franco Escamilla is a versatile artist with awesome showmanship, how could anyone dare miss that, right? Go, book your tickets now!