The Game Grumps, brought to you by hosts Arin Hanson and Dan Avidan is making its return to the stage at Game Grumps Live! Take part in a series of games filled with laughter as Arin and Dan pit the crowd against each other in a series of fun games at Paramount Theatre Seattle on Friday, 3rd of June 2022. Catch the boys' energy in their YouTube series Game Grumps resound in a crowd that'll be laughing their socks off! Don't miss out on this chance to meet Ari and Dan live on stage by booking those tickets now! 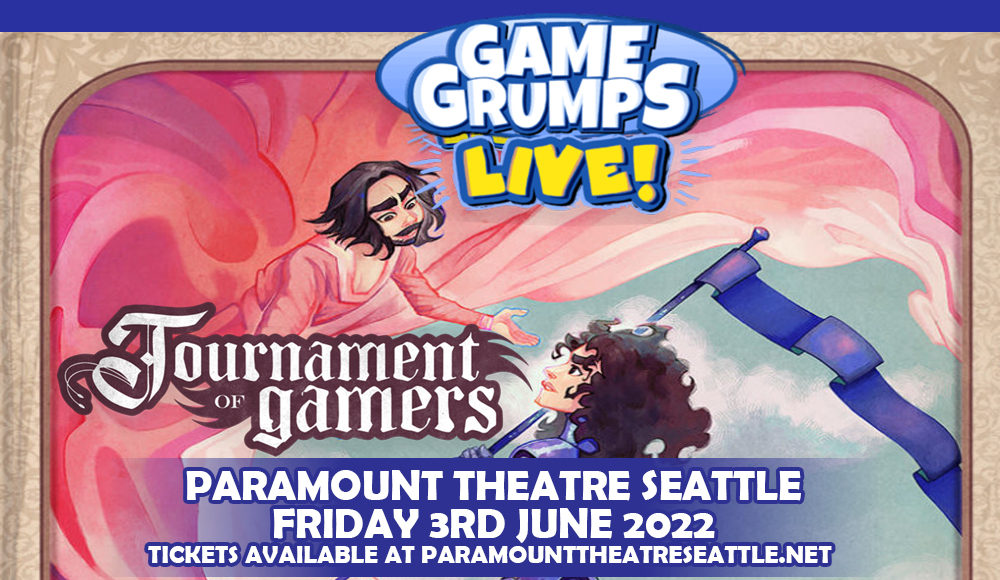 Game Grumps came to life when Host Arin Hanson and former host Jon Safari had a debate about Super Smash Bros. Brawl, whether the character Wolf was similar to that of Fox when it came to fighting. Former animator Ross O'Donovan remarked on the two's tendency of becoming "grumpy" over video games, and thus Hanson thought of starting a podcast which then became a video series on YouTube.

After Jon Safari's departure, Dan Avidan took the spot as Arin's new co-host. The two would play video games, set some expectations, and exchange banters throughout gameplay. Together, they bring laughter and joy to viewers across the globe. With over 5.3 million subscribers to date, Game Grumps has shared volumes of serotonin for viewers through their hilarious and engaging content. The show has already featured guests including Weird Al Yankovic, Ben Schwartz, Dan Hermon, and Jamie Lee Curtis.

At Game Grumps Live! Ari and Dan are set to pit their audiences against each other on a series of exciting fun and hilarious games that bring their YouTube charm to life. In this 'Tournament of Gamers', get yourself ready to compete and have fun with Game Grumps fans joined together.

Don't miss out on this adventure of a lifetime led by Ari and Dan at Game Grumps Live! at Paramount Theatre Seattle on Friday, 3rd of June 2022. Book your tickets now!