Dig into the “indie groove” of one of the best jam bands today. Join Goose on their second night at the Paramount Theatre Seattle this April 23, Sunday, for another evening of premier guitar-slinging, fine rhythmic grooves, and powerful vocals that will make you groove the night away. If you haven’t booked a ticket for their first night at the famous Seattle venue, this is your chance to get hold of a ticket for you and your jam-band-loving friends. The Connecticut-based quintet will perform their hits which include “Hungersite,” “Arcadia,” “So Ready,” and many others. Click the “Get Tickets” link to reserve your tickets today. 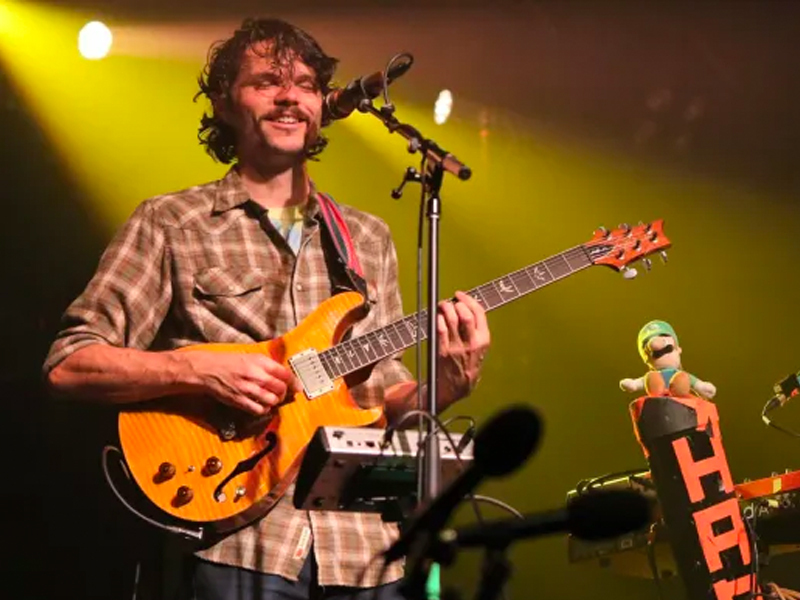 Deemed to be one of the formidable forces in the jam band scene, Goose has been one of the contemporary bands that continue to thrive and expand their fanbase. Thanks to their modern sound that still incorporates the elements of established jam bands like Phish, Umphrey's McGee, and Grateful Dead.

Formed in 2013, Goose's music, which is described as "indie groove," is distinctive because it fuses funk, rock, and jazz into one compelling whole. Their live performances are legendary for their high tempo and spontaneous jams, which always have the crowd up and moving. The group has put out four full-length albums. The two latest of which are "Dripfield" and "Undecided EP," both released in 2022.

Like most jam bands, Goose released some live albums of their memorable concerts in major cities all over the US, including epic concerts in Colorado, Pennsylvania, New York, and New Hampshire. With their enigmatic live performances, the band catapulted to mainstream success despite being relatively new to the jam band scene. And this spring, the band will once again enthrall fans all over the US for a 14-city trek. Good news to all Seattle fans because the Peter Anspach-led band will be stopping at the Paramount Theatre Seattle for a two-night concert event. Catch them on their second night on April 23, Sunday, for a premier concert experience you'll surely enjoy. Hit the "Get Tickets" link to purchase tickets at a reasonable price.