In This Moment, Nothing More, Sleep Token & Cherry Bombs Tickets

Prepare for a hard rock and heavy metal showdown as alternative-metal legend In This Moment takes over Seattle this fall! The female-led quintet from Los Angeles will perform at the Paramount Theatre Seattle on Monday, 3rd October 2022! The band also brings along some friends, Nothing More, Sleep Token, and Cherry Bombs, to amp up the crowd! The show at the Paramount Theatre is part of In This Moment’s extensive Blood 1983 Tour, celebrating the tenth anniversary of their gold-certified album, Blood. If you want to join an epic heavy metal debauchery, you better grab your tickets now! 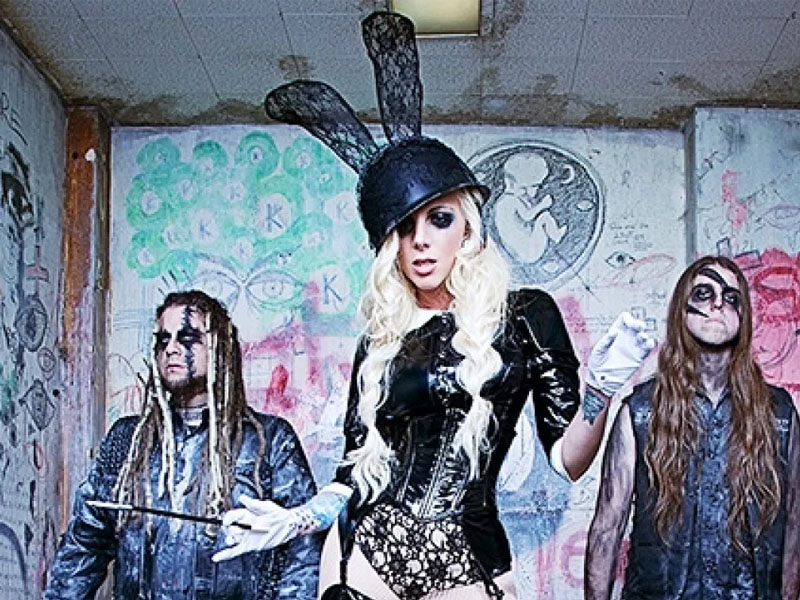 In This Moment dropped their fourth album, Blood, in August 2012. The album became their highest-charting release and eventually earned a gold certification after selling more than 500,000 units in the U.S. Blood performed incredibly on the charts, peaking at number 15 on the Billboard 200 and dominating the Top Hard Rock Albums chart at number 1. Meanwhile, the studio effort also peaked at number 5 on three other charts, such as the Top Alternative, Top Rock, and Top Independent Albums charts. To celebrate the tenth anniversary of their best-selling album, In This Moment will be releasing a commemorative EP, Blood 1983, and embark on a massive 2022 tour.

The tour brings in San Antonio, Texas natives Nothing More as the main support act. The Grammy-nominated band first made waves with their 2014 single, “This is the Time (Ballast).” The hit song preceded Nothing More’s eponymous fourth album, which remarkably landed at number 2 on the Mainstream Rock Chart. Nothing More followed 2014’s success with a colossal hit single, “Go to War.” The single topped the Mainstream Rock chart and received a Grammy Award nomination for Best Rock Performance. Meanwhile, the album, Stories We Told Ourselves, which spawned the single, was nominated for Best Rock Album at the 60th Annual Grammy Awards. This 2022, Nothing More is set to release their forthcoming album, Spirits.

British rock collective Sleep Token and daredevil vixens Cherry Bombs will be joining In This Moment and Nothing More on this monumental night of rock and heavy metal. If you’re looking for a headbang-worthy night, this is your opportunity to catch these epic bands performing live on stage! Tickets to the Blood 1983 tour at the Paramount Theatre Seattle are now available!