Paramount Theater Seattle is proud to present you Joe Bonamassa this Saturday 21st March 2020. Catch legendary blues-rock guitarist at his Spring 2020 tour and be ready to be blown away! 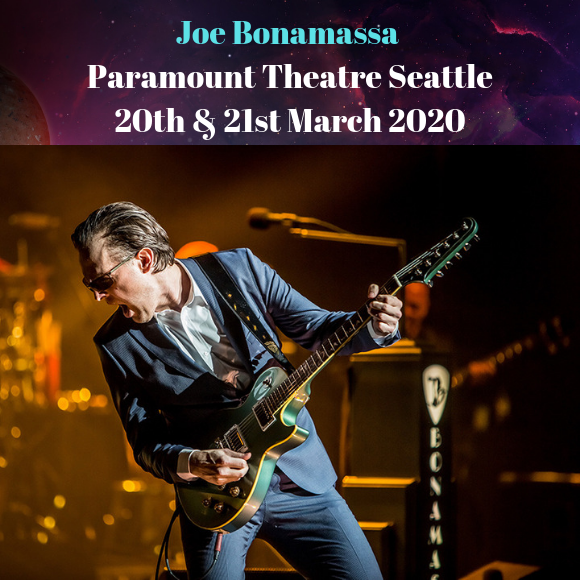 Joe Bonamassa has been featured on the cover of virtually every guitar magazine multiple times. In fact, his reputation precedes him among guitarists not only for being a virtuoso but also for his incredible collection of vintage guitars, gear, and memorabilia (which he now calls the Bona-seum).

Almost every album Joe has produced instantly rockets to the #1 spot. His previous studio albums have even debuted on Billboard’s Top 10 album chart. His achievements prove that a Blues album could debut next to the biggest names in popular music.

Bonamassa has also played in some of the world’s greatest venues – Royal Albert Hall (London, UK), Radio City Music Hall (New York, USA), and Red Rocks (Colorado, USA). When Bonamassa was a teen, he started opening for B.B. King and was expected to be a legend by the he is 25.