Immerse yourself in the richness produced when theatre and dance are combined! Watch Kidd Pivot's "Revisor." Influenced by Nikolai Gogol's classic "The Government Inspector," the show is a unique masterpiece that is a satirical interpretation of corruption presented in a riveting amalgamation of movements, original music, and staging. Be awed by the show's complex script and direction by Jonathan Young and Crystal Pite. If you want to witness a thought-provoking artistic performance, this show is definitely for you. Grab your tickets for the show and be amazed to see the performers dance along to a voice recording in the most artistic way. If all of these sound interesting to you, click the "Get Tickets" button to secure some tickets. 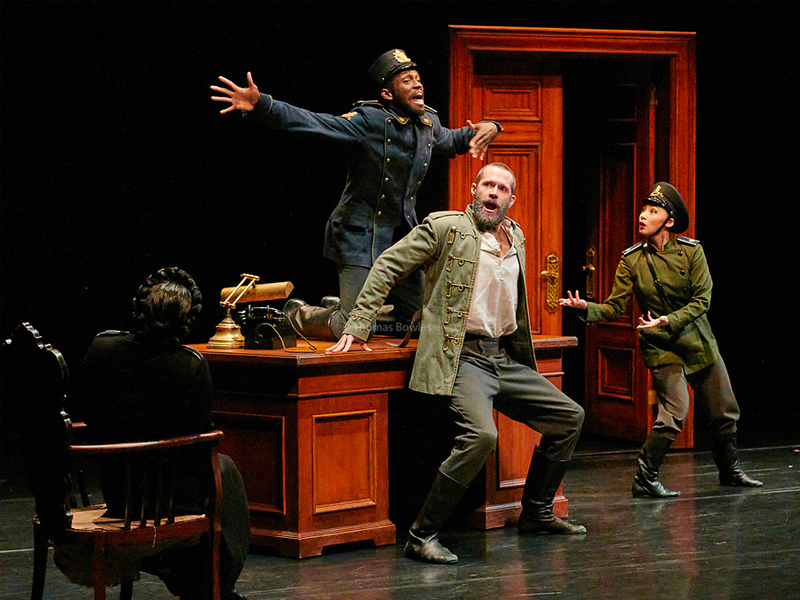 Kidd Pivot is a dance company formed by Crystal Pite. The company consists of eight permanent dancers with occasional guests as part of the shows. Since 2002, they have received many accolades internationally for their brilliant works.

An amalgamation of movements, original music, and staging characterizes Kidd Pivot's shows. They have mastered the art of dance, combining classical movements with impeccable improvisations. As STG Presents say: "Pivot's performance work is assembled with recklessness and rigour, balancing sharp exactitude with irreverence and risk." A power they uniquely hold, which makes their performances, as National Post asserts, leave an imprint on your brain.

Revisor is one of their masterpieces, which was created in 2019. This is Crystal Pite's collaboration with Jonathan Young. Pite and Young were known for their Olivier-winning work "Betroffenheit" in 2015. In Revisor, the performers dance along to a voice recording of Canadian actors. The show itself is a satirical interpretation of corruption and is influenced by Nikolai Gogol's classic "The Government Inspector." Its plot revolves around a low-ranking civil servant who was assumed to be an upper-level official by the residents of a small town. This false impression led him to exploit the people.

Reviews of the show include The Guardian calling it riveting, "… both for the inventive articulation of individual bodies and for the fine-tuned dynamics of the ensemble, as responsive as conversation itself." Meanwhile, London Box Office expressed that it is "visually spectacular with superb lighting and projections to lift the set into an otherworldly realm."

After halting because of the pandemic, Kidd Pilot's tour for Revisor is back on track. One of their performances will be at Paramount Theatre Seattle in Seattle, Washington, on Wednesday, March 1, 2023. If you want to be mindblown, see them live. Tickets are now available.