We missed her so much over the years. Now, her legions of fans from all over the world are thrilled to the bone that finally, Mandy Moore has broken her decade-long hiatus from the music scene, and is now raring to go on the live concert stage! And yes, Moore's comeback tour includes a date at the Paramount Theatre Seattle on Wednesday 6th May 2020. She is and always be America's sweetheart who enamored fans with her heartwarming movies, but she is first and foremost, a very talented singer who has a load of chart topping hits to her name– "Candy", "Only Hope", "I Wanna Be With You", "Crush", "Walk Me Home", and a whole lot more! It's all over the news so expect a throng of fans rushing out for tickets. Click on the 'buy tickets' link on this website, as booking has never been this fast and easy. Catch that Mandy Moore fever now! 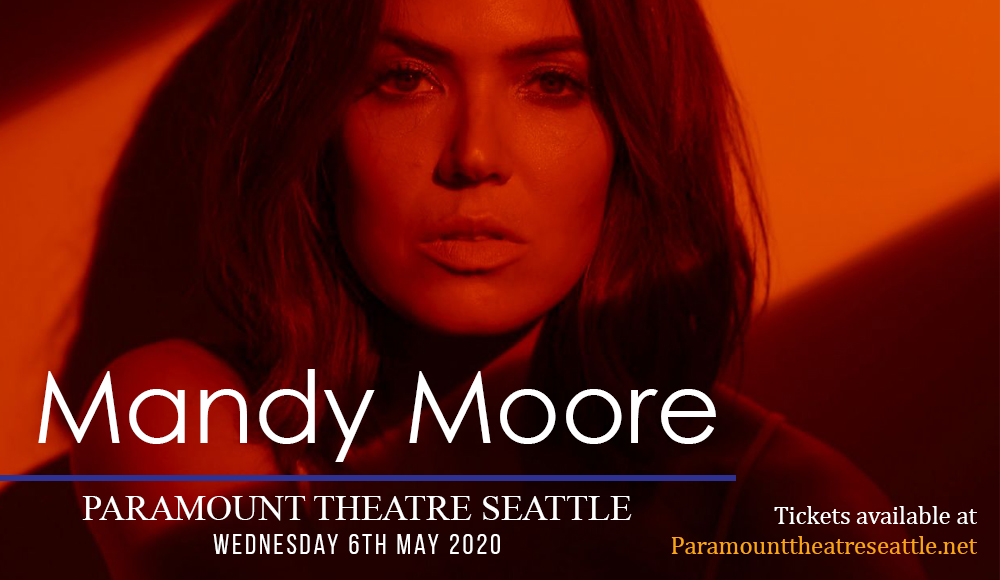 We've all loved her show and her movies. Yet Mandy Moore's star first had its shining moment in radio, music charts, and on the concert stage. With the announcement that she is finally breaking out of her hiatus from the music scene for over ten years, she has got nothing but welcoming love, support, and anticipation from her loyal fandom.

As a teen pop artist, she was a stunning hitmaker who churned out hits like "Candy" and "I Wanna Be With You". She turned to a teen pop sensation overnight, with her debut studio album, "So Real" (1999), receiving a platinum certification from the RIAA. The title single from her second studio album, "I Wanna Be With You" (2000), became Moore's first top 30 song in the U.S., peaking at number 24 on the Hot 100. And she also got a touring sting with The Backstreet Boys.

Gradually, Mandy Moore broke out of her bubblegum pop skin, as she transitioned into a sweet, classy singer-songwriter, which AllMusic describing it as: "Moore smoothly evolved from adolescent starlet to mature songwriter, continuing to distance herself from the scene that had launched her career one decade prior". Moore subsequently released the studio albums Mandy Moore (2001), Coverage (2003), Wild Hope (2007), and Amanda Leigh (2009). Billboard reports that as of 2009, Moore had sold more than ten million albums worldwide.

The announcement of her upcoming tour brings Mandy Moore back to where she truly belongs. “It’s been over a decade since I’ve hit the road but I am thrilled to put together an intimate, elevated evening of new and old tunes, performed with a superb group of musicians,” Moore said in a statement. “I want the show to have threads of what the writing and recording process was like with this band, almost like you’ve been invited in our living room for an inside glimpse. It just feels good to be sharing this side of me again in its purest form, a real side of me I have been itching to put back into the universe.”

Give Mandy Moore a rousing welcome back by getting to cheer and sing along to her greatest hits, live! Hurry book your tickets now!