America's Foremost Science Educator, writer, astronomer, Hayden Planetarium director, and all-around total space nerd, Neil deGrasse Tyson comes to Paramount Theatre Seattle on Tuesday, May 17th, 2022. Tyson's professional research interests are broad, but include star formation, exploding stars, dwarf galaxies, and the structure of our Milky Way, and thankfully, he loves talking about it all, in a nice soothing way so that the rest of us can understand him easily, and our tiny little minds don’t just melt. So get some tickets here and come learn all about the surrounding universe in a calm and safe environment. 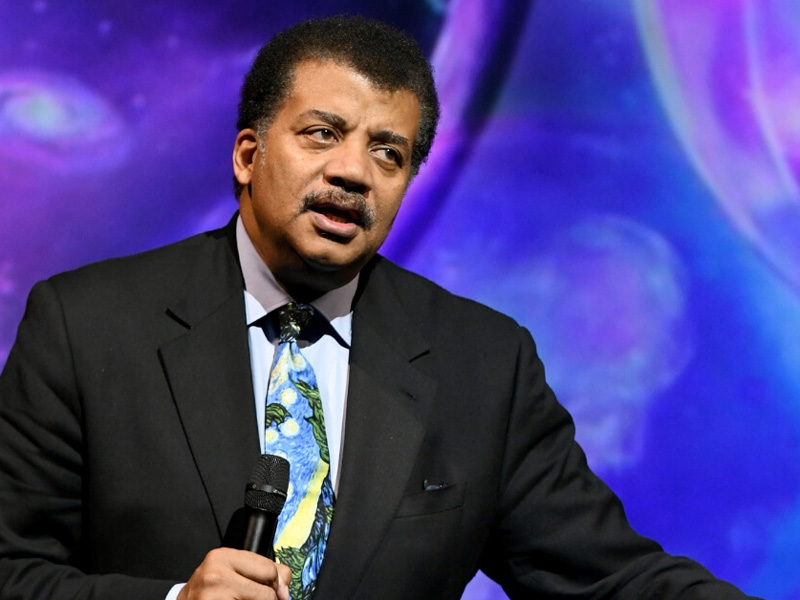 What is the answer to life, the universe and everything? Hopefully his answer is better than 42. There is no better guide through the cosmos than acclaimed astrophysicist and best-selling author Neil deGrasse Tyson. His most recent publication, Cosmic Queries, came out in March 2021. The book is based on a lot of the cosmic question Tyson received over time doing his weekly Podcast, StarTalk, and the book has become a guide to Who we are, How we got here, and Where we’re going.
From the books' introduction: Cosmic Queries will feed your curiosity with the deepest questions anybody has ever asked about our place in the universe. But these pages will also dip you into the eddies of our uncertainties and dangle you by your ankles above the gaps of our knowledge. Why? Because therein lies the true source of curiosity and wonder: the not knowing—coupled with its only antidote, the need to know, empowered by the methods and tools of science applied to the cosmic frontier.

Neil deGrasse Tyson gained his BA in Physics from Harvard and his PhD in Astrophysics from Columbia, he is the recipient of twenty honorary doctorates and the NASA Distinguished Public Service Medal, the highest award given by NASA to a non-government citizen. His contributions to the public appreciation of the cosmos have been recognized by the International Astronomical Union in their official naming of asteroid “13123 Tyson.” Tyson is the fifth head of the world-renowned Hayden Planetarium in New York City and the first occupant of its Frederick P. Rose Directorship. He is also a research associate of the Department of Astrophysics at the American Museum of Natural History.