Neil deGrasse Tyson presents Astrophysics for People in a Hurry. A fast, but not so furious overview of modern astrophysics, with topics hand-picked for their mind-blowing appeal – from the big bang to dark matter, dark energy, the fate of the universe, and the fact that we are all made of stardust. So, don’t stop to think about it, you are in a hurry, buy your tickets right now and come and be entertained by the planets foremost leading astrophysicist! Neil deGrasse Tyson: Astrophysics for People in a Hurry at Paramount Theatre Seattle on Wednesday June 24th 2020! 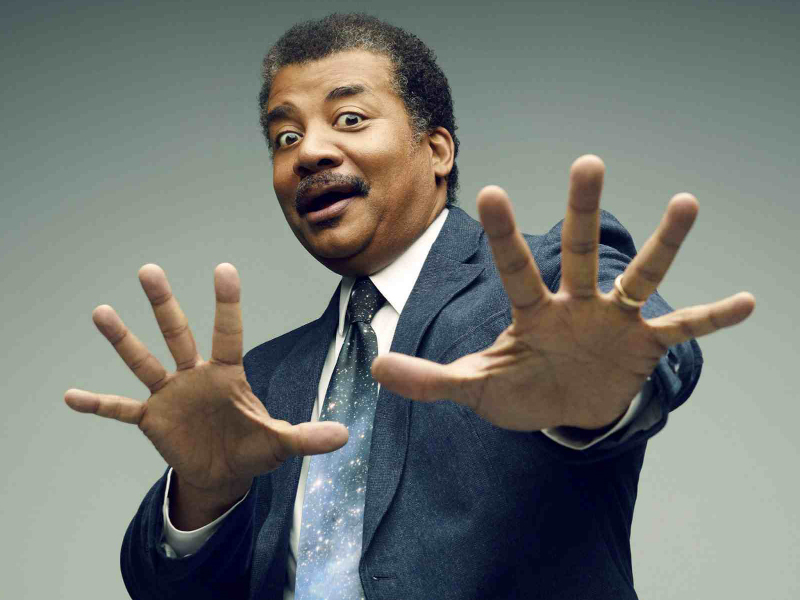 There’s no better guide through the universe than acclaimed astrophysicist and best-selling author Neil deGrasse Tyson. He will be answering all your questions like; What is the nature of space and time? How do we fit within the universe? How does the universe fit within us? And of course, the greatest question of all; What is the answer to life, the universe and everything? hopefully his answer is better than 42.
Life is so darn busy, few of us have time to contemplate the cosmos. Tyson brings the universe down to Earth succinctly, clearly and with sparkling wit. So come along to the show and by the end you will have a greater understanding of the universe we live in, from the Big Bang to black holes, from quarks to quantum mechanics, and from the search for planets to the search for life in the universe.

Neil deGrasse Tyson gained his BA in Physics from Harvard and his PhD in Astrophysics from Columbia. Tyson is the recipient of twenty honorary doctorates and the NASA Distinguished Public Service Medal, the highest award given by NASA to a non-government citizen. His contributions to the public appreciation of the cosmos have been recognized by the International Astronomical Union in their official naming of asteroid “13123 Tyson” and he was voted “Sexiest Astrophysicist Alive” by People Magazine in 2000.
Tyson’s latest book, Astrophysics for People In A Hurry, was released in May 2017. This adorably readable book is an introduction to all that you’ve read and heard about that’s making news in the universe, succinctly presented, for people in a hurry.