Digital soundscape creator, Nils Frahm, the extremely talented German musician, comes to Paramount Theatre, Seattle on Thursday, April 27th 2023. He is an accomplished composer, and record producer, and takes delight in mixing it up with his stage instruments, and excels at combining classical and electronic music, throwing together a cocktail of a grand piano, an upright piano, with a Rhodes piano, add a touch of spice with a Roland 60 keyboard, add a set of percussion drum machines and hold it together with a moog taurus to round it off. 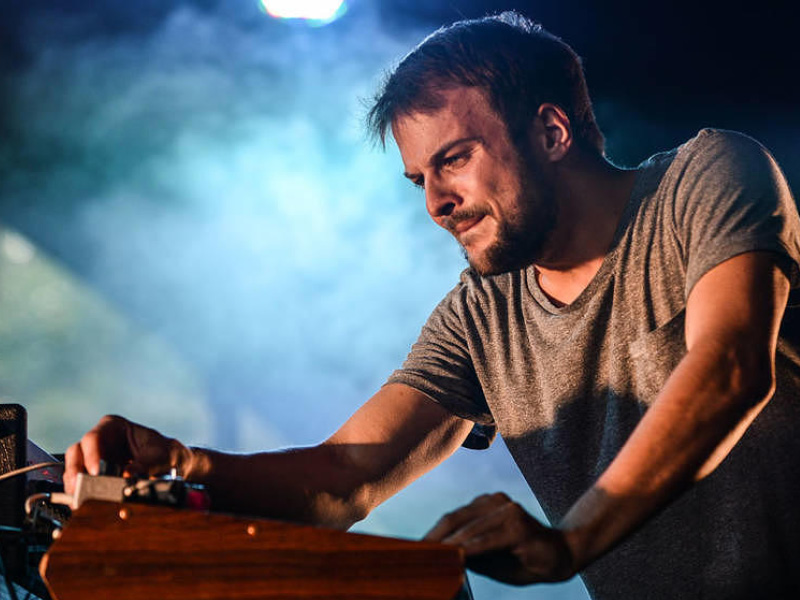 Nils Frahm, trained as a classical pianist from Hamburg, is an extremely talented musical genius, and EDM artist. He plays with an array of digital pieces during his performances, like a kid plays with Lego, and his stage resembles a recording studio, with the assortment of instruments and machines on display. This unconventional stage performance, and music style, has earned him a huge fan following all over the world.

Not only does he mix up the instruments, conventional piano and keyboard accompanied by digital moog Taurus and percussion drums, during his performances, but he has also had instruments specifically made for him, to his own brilliant design, and with this flotilla of instruments comes an amazing repertoire of sound.

Nils Frahm, has a collection of 13 solo albums, 3 extended plays, 2 compilation albums, as well as 2 film soundtrack recordings and collaborations in theater. His philosophy is that "the piano is a machine, to be expanded, tweaked and ultimately defied". He cut his first solo album in 2005 and his album, Felt, from 2011 earned him critical acclaim and recognition into the music industry. In 2015, he composed his first original film score and collaborated on another critically acclaimed German film, Ellis.