It's time for the official RuPaul's Drag Race Werq the World Tour 2019! Coming to Paramount Theatre Seattle on Wednesday 25th September 2019, this year's tour has an intergalactic theme: "Mission leader Michelle Visage takes you on a journey to save the galaxy in the largest drag production on the planet." Get ready to join Aquaria, Asia, Detox, Kameron, Kim, Monet, Naomi, Plastique, Vanessa, Violet and Yvie as they slay like the queens they are! 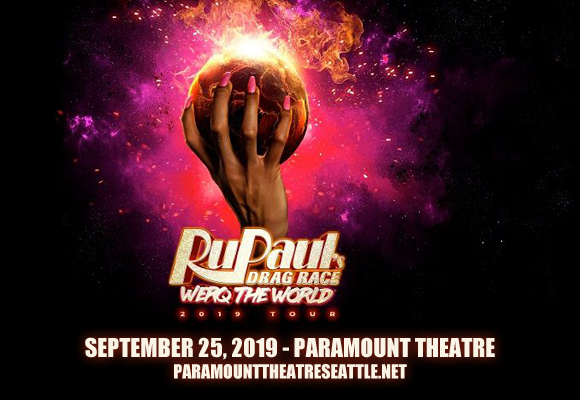 Premiering on Logo TV in 2009 and going on to become the highest-rated television program on Logo TV, before moving to VH1 in 2017, RuPaul's Drag Race is an international phenomenon. Hosted by American drag queen, actor, model, singer, songwriter, and television personality RuPaul, the show documents the search for "America's next drag superstar," and has so far spanned eleven seasons, as well as launching two spinoffs – RuPaul's Drag U and RuPaul's Drag Race: All Stars. The show won Outstanding Reality Program at the 21st GLAAD Media Awards and in 2016, RuPaul was awarded an Emmy for Outstanding Host for a Reality or Reality-Competition Program for his work on the show. RuPaul's Drag Race has also received four Critics' Choice Television Award nominations, including Best Reality Series – Competition and Best Reality Show Host for RuPaul, and was nominated for a Creative Arts Emmy Award for Outstanding Make-up for a Multi-Camera Series or Special (Non-Prosthetic).