Silent Movie Mondays returns with, Santa Silents at Paramount Theatre Seattle on Monday, December 13th, 2021. With music by Tyler Pattison on the Mighty Wurlitzer Organ and Foley Sound by Paul Hansen. These vintage holiday films, digitally re-mastered from the original 35mm film stock, are from the now legendary, Killiam Collection, and available through Kino Video. The shorts provide a nostalgic peek into Yuletide pleasures of the early 1900s. 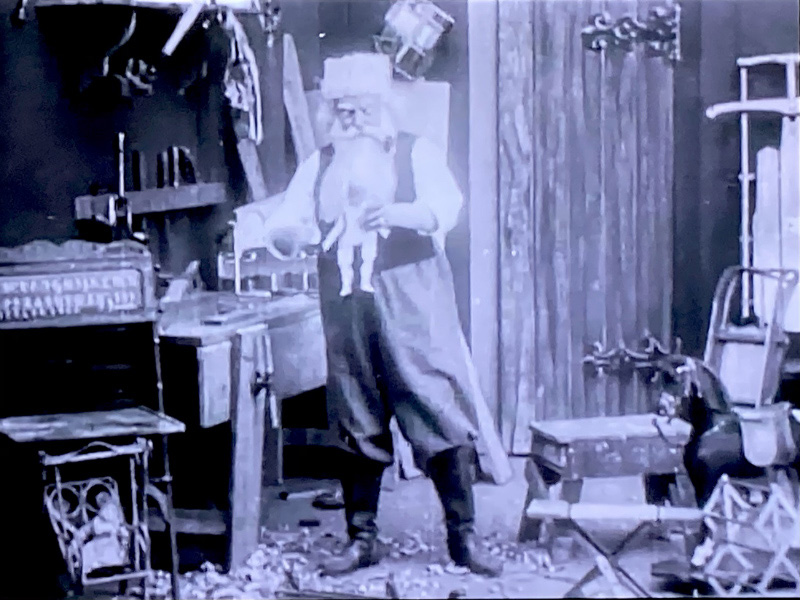 The Killiam Collection, founded by film historian and archivist Paul Killiam in the 1950s, includes silent films of D.W. Griffith, Thomas Edison and Mack Sennett, as well as early films from the Biograph, Bison, Triangle and Keystone Studios. Killiam later added films by silent film greats Charlie Chaplin, Buster Keaton, Mary Pickford, Douglas Fairbanks Sr., Rudolph Valentino and W.C. Fields, among others. Many of the Killiam films were produced in and around Jacksonville.
Paul Killiam was an entertainer, film historian, and film collector who provided comedic narration at showings of silent films, including as host on his own television show, Hour of Silents. He was a pioneer in film preservation and the reintroduction of old films to the viewing public during the television era. He amassed a large and valuable collection of films, but it was unfortunately sold to various buyers after his death in 1998.