25 years since they formed, Portland punk-rockers Sleater-Kinney are still taking the world by storm! The three-piece comes to Paramount Theatre Seattle on Saturday 23rd November 2019 to promote their new St Vincent-produced album, The Center Won't Hold, which sees the band embracing a maudlin, gothic makeover that still harks back to the good old days of S-K, but deals with the darkness of the world we currently live in… It's a heady mix and a treat to see live – make sure to get your tickets before they sell out! 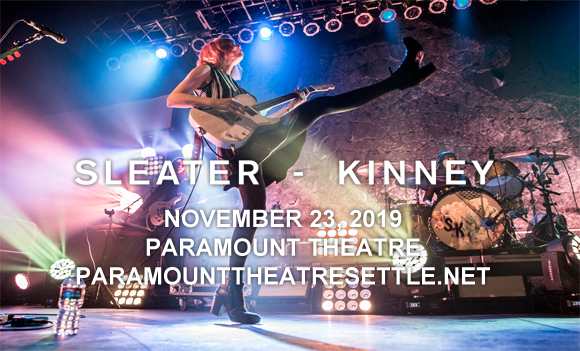 Sleater-Kinney are a punk rock trio that was formed in 1994 by Corin Tucker and Carrie Brownstein, and since 1996 has also featured drummer Janet Weiss. The band's self-titled debut was released in 1995 and put them on the map alongside riot grrrl acts of the era. The group released seven studio albums before disbanding in 2006. In 2014, they reformed, and since then they havce released two more albums: No Cities to Love (2015) and Live in Paris (2017). The band's ninth studio album, The Center Won't Hold, is released this year and is produced by Annie Clark (aka St Vincent).