Tchaikovsky’s 129-year-old ballet is reimagined as a holiday dance spectacle in The Hip Hop Nutcracker, at Paramount Theatre Seattle on Sunday 14th November 2021, hitting the road for a seventh season. It’s a holiday mash-up for the whole family, a contemporary dance spectacle set to Tchaikovsky’s timeless music, featuring a cast of a dozen all-star dancers, an on-stage DJ and an electric violinist that turns this beloved score on its head. The production is opened by a set from the one and only, MC Kurtis Blow, one of hip hop’s founding fathers. Reserve your place now to a unique and fantastic event. 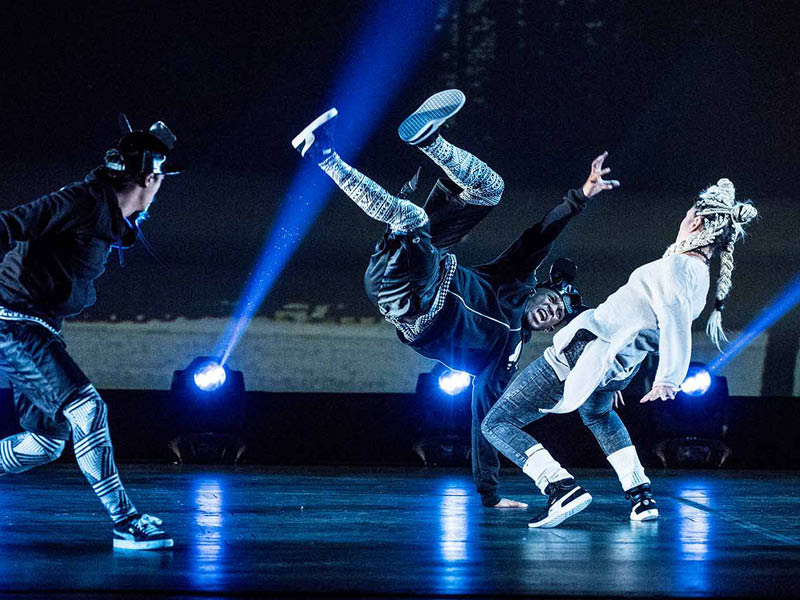 “A generous dose of contemporary spirit sure to heat up even the most restless and wintry of souls.” – The New York Times
Produced by New Jersey Performing Arts Center, and Directed and Choreographed by Jennifer Weber, this re-mixed and re-imagined version of the classic holiday tale, and performed by the dynamic dancers of The Hip Hop Nutcracker. Come on a journey that celebrates love, community and the magic of the holiday season. The production features hip hop pioneer Kurtis “The Breaks” Blow, the first rapper to be signed by a major label in 1979. 42 years and a heart transplant later, this hip-hop founding father is still performing as MC of The Hip Hop Nutcracker.
Just like the classic Nutcracker story, in The Hip Hop Nutcracker Maria-Clara and the Nutcracker prince go on a dream adventure battling a gang of mice, visiting the land of sweets and learning the lessons of the holiday season. Be amazed as innovative digital graffiti and visuals transform the landscape of E.T.A. Hoffmann’s beloved story from traditional 19th Century Germany to the vibrant, diverse sights and sounds of a colorful and contemporary New York City. Through the modern, self-expressive gaze of hip-hop culture, the dynamic performers of The Hip Hop Nutcracker celebrate the magic of the entire holiday season.