The Trixie & Katya Show comes to Paramount Theatre Seattle on Sunday, March 20th, 2022. Featuring Thelma and Louise, Romy and Michelle, and of course, Trixie and Katya. Grab some tickets now and come and see these two massive queens right now! Trixie And Katya Live is a parody homage to the classic girls’ road trip buddy comedies from the 90s and 2000s to today – from drag classics To Wong Foo and Priscilla, to Crossroads and Barb and Star – presented as an outrageous and absurd comedic musical drag show spectacular. Trixie Mattel and Katya Zamolodchikova, both rose to prominence competing on the seventh season of RuPaul's Drag Race. Since then, they have turned their personas into larger than life viral internet stars. 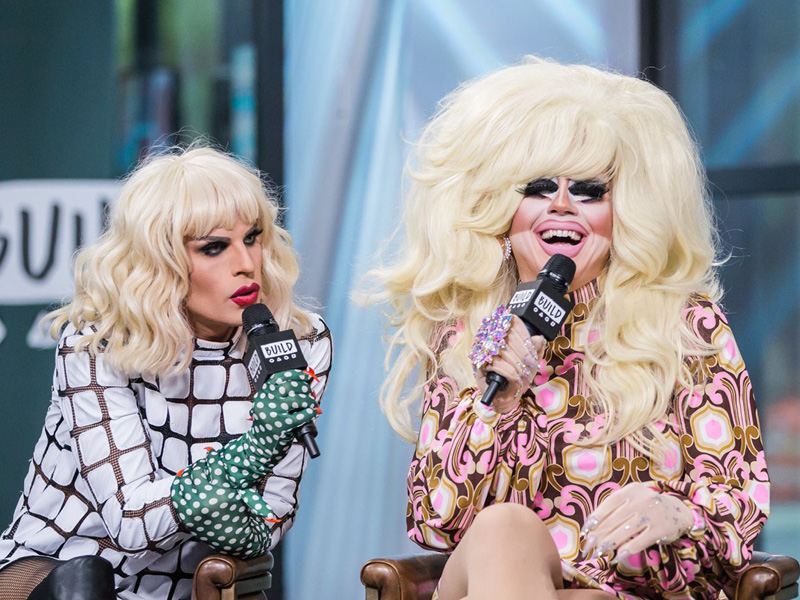 Trixie Mattel has redefined what it means to be a “drag queen” by releasing three critically acclaimed, charting albums, Two Birds, One Stone, and most recently, Barbara. She has launched a wildly successful cosmetics company, Trixie Cosmetics, and co-authored the NY Times Best Seller, “Trixie and Katya’s Guide To Modern Womanhood.” She raised over $100k for numerous charities and organizations in 2020 through her “Twitch Tuesdays” video game livestreams, and became a celebrated touring and YouTube comedienne, best known for the insanely popular, “UNHhhh” and the Netflix-produced, “I Like to Watch” series, all while winning the third season of RuPaul’s Drag Race All Stars.

Katya Zamolodchikova is the self-proclaimed “Sweatiest Woman in Show Business.” She co-hosts the wildly-popular YouTube series “UNHhhh” along with the Netflix digital series “I Like to Watch,” and is a NY Times best-selling co-author of “Trixie and Katya’s Guide To Modern Womanhood.” Katya recently completed a sold-out 80 plus stop global theater tour and released her first TV stand-up special from that tour, “Help Me I’m Dying.”