Vance Joy's vibrant music will be bringing nothing but joy to Seattle fans this March 3, 2023, as he will offer them the excitement of his "Long Way Home Tour." The Aussie singer has announced that the North American leg of his tour will continue until early spring next year, and Paramount Theater Seattle is one of the lucky venues he will perform at. Catch the Riptide-hitmaker on a Friday night that will make all Seattle fans scream in excitement while he performs his blend of thoughtful indie-folk and breezy melodic pop songs. Prepare to sing along to his latest tunes from his 2022 album "In Our Own Sweet Time," including the singles "Missing Piece," "Don't Fade," "Clarity," and "Every Side of You." If you haven't had the chance to see Vance Joy live, don't miss this chance. Grab your tickets now! 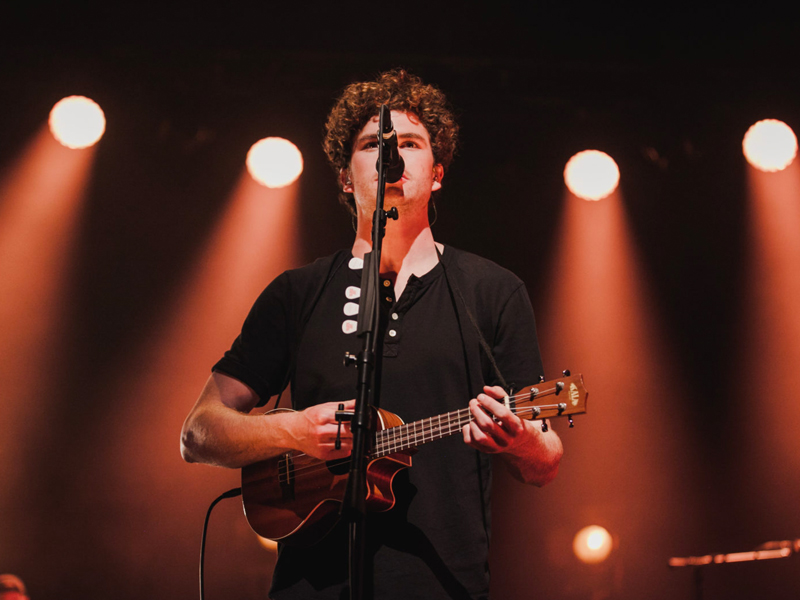 Since breaking into the mainstream music scene with his hit single "Riptide," Vance Joy has become a household name among indie pop-rock fans. Thanks to his smooth, rich voice, adept guitar skills, and meaningful song lyrics, he was able to gain international recognition. Nearly a decade later, the Australian singer had released three successful albums. The first two, "Dream Your Life Away" and "Nation of Two," are both certified multi-platinum albums by the ARIA (Australian Recording Industry Association) and RIAA (Recording Industry Association of America). His third studio album, "In Our Own Sweet Time," has just been released, but it won't be a surprise if it surpasses the commercial success of the previous albums. After all, the album has reached the charts in several territories, including the UK, US, Canada, and New Zealand.

Since 2013, Vance Joy headlined five major tours and was able to become a supporting act for the most prominent stars like Taylor Swift and Pink. This year, the 35-year-old singer-songwriter will hit the road again for another world tour. Dubbed "Long Way Home," the tour commenced in London last May and will continue to make stops at major cities worldwide. The second North American leg of the trek will kick off on February 7 in Philadelphia and will conclude at Washington DC's The Anthem on March 25. The multi-awarded artist will stop at Paramount Theater Seattle on March 3 (Friday) to give Seattle fans the best show to welcome spring. Tickets for the highly-anticipated concert are now available. You can get yours by clicking the "Get Tickets" link.