Do you have what it's got to spin that big iconic wheel? Well, it's time to call your shots and head your way to Wheel of Fortune LIVE! at Paramount Theatre Seattle on Wednesday, November 16th, 2022. Everyone's in for big surprises and prizes as every contestant has the chance to win $10,000, a trip to Paris, Hawaii, and many more! Those seated also get the chance to randomly win exciting prizes from the producers! With the long-time-running hit TV game show on its first local theater tour run, fans across North America are set to get off their screens and be part of the beloved show itself. Book your tickets now! 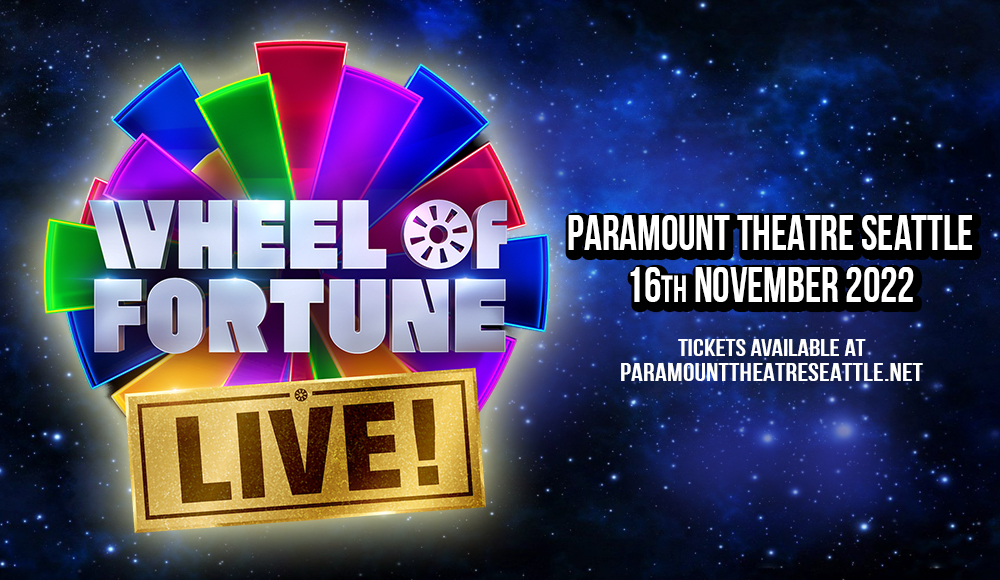 With Wheel of Fortune in its 39th season since its first episode in 1975, Wheel of Fortune LIVE! is its first local hometown theater live tour where fans are taken to a new theatrical experienced, immersed like they're at the game show itself set in California! Produced by Right Angle Entertainment in partnership with Sony Pictures Television and UTA, the show promises big surprises and a new exciting experience for Wheel of Fortune fans to enjoy.

“This partnership with Right Angle presents an opportunity to expand our reach to give more people a live experience as close to being on the televised show as you can get without actually being in the studio,” said Suzanne Prete, Executive Vice President, Game Shows for Sony Pictures Television. “We look forward to providing this incredible local immersive experience to people who might not otherwise make it out to Los Angeles to be on the set with Pat and Vanna.” as cited in Forbes (2022).

Get ready to win big as audiences can audition to get the chance to spin a replica of the signature iconic wheel and solve puzzles right on the stage, bagging a chance to win big prizes including a trip to Paris or Hawaii, or ten-thousand dollars! The producers expressed that those who get a shot to go up on stage can "feel like they stepped into the game show itself." as the show promises an "all-new theatrical experience". Those staying on their seats also get the chance to win big as randomly selected people on their seats can also win cash and other prizes to be given away.

So, get your hands ready to spin the wheel and test your luck ag Wheel of Fortune LIVE! happening at Paramount Theatre Seattle on November 16, 2022. Book your tickets now!