When the names of arguably the two most influential young male artists of our time appear in the same sentence, the world sure pays attention. James Blake is set to release his new album 'Friends That Break Your Heart’ which follows a brand new single, ‘Say What You Will’ with a video featuring no other than the kind of alternative pop – Finneas. Granted, the song may not be a direct collab with Finneas but James Blake is just enough for us. Alongside the announcement of the new album came the announcement of a tour – and we cannot be more excited. Finneas isn’t the only guest on Friends That Break Your Heart, which Blake described as a concept album: SZA, JID, SwaVay, and Monica Martin also make appearances on the LP. Be among the first to hear it live on the 22nd of September at Paramount Theatre Seattle. Tickets still available. 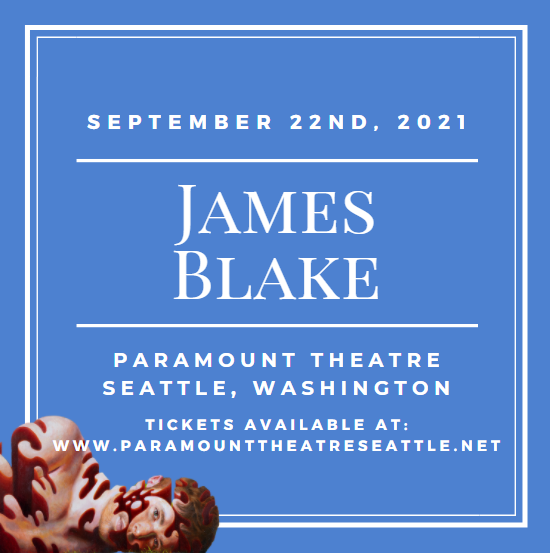 The English singer-songwriter, musician, and producer has easily established himself as a name to know in the music industry. From working with hip-hop giants like Chance the Rapper, Beyoncé, Jay-Z, Frank Ocean, and even turning down Drake, to being a forerunner in the electronica scene, and winning the Mercury Prize in 2013, Blake has time and time again proved to be one of the most interesting and sought-after voices in music. It's no wonder either, with his unique and infectious take on post-dubstep and downtempo electronica, Blake has received well-deserved praise from fans and critics alike. But more importantly, his minimalistic electro has inspired a whole new wave of emerging artists such as Kacy Hill, Bearcubs, and more. What a time to be a James Blake and downtempo electronica fan. Not only are we seeing more and more interesting music emerging daily, but the king himself announced a new album, and a tour to follow! See you there!