Get yourself in the groove as Grateful Dead covers band Joe Russo's Almost Dead comes to Paramount Theatre Seattle on Friday 30th July 2021! Not only do they thoroughly do justice to the songs of the Dead, but JRAD are unmistakably impeccable musicians who bring heart, soul and groove to everything they do, and have a knack for making an audience forget where they are! True masters of the jam, JRAD live up to the hype! 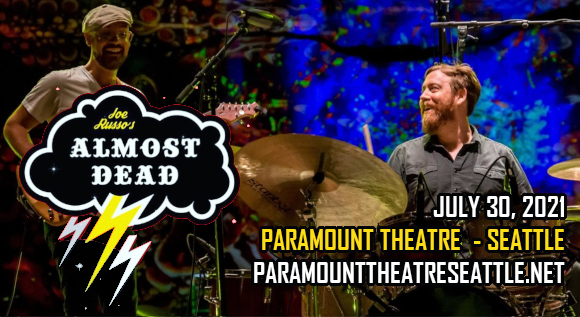 A Grateful Dead covers band and supergroup that have grown into a cult phenomenon in their own right, Joe Russo's Almost Dead consists of Furthur drummer Joe Russo, Ween bassist Dave Dreiwitz, keyboardist Marco Benevento, Scott Metzger on guitar and vocals, and American Babies' Tom Hamilton on guitar and vocals. The band played their first ever show at the Brooklyn Bowl in 2013 and since then have steadily amassed a following of hardcore fans. They are known for their improvized, jam-band style that often incorporates prog rock and jazz fusion elements to the songs they are covering.