Snoh Aalegra, Ugh These Temporary Highs tour comes to Paramount Theatre Seattle on Saturday, May 28th, 2022 with very special guest Ama Lou. This is it, get ready for the Best New Artist at the Soul Train Awards 2020, Snoh Aalegra, is hitting Seattle hard! Coming in hot with her brand-new album, Temporary Highs in the Violet Skies, she is going to blow you all away, so buy your tickets now for the hottest show coming up in May, this is going to be a night to remember. 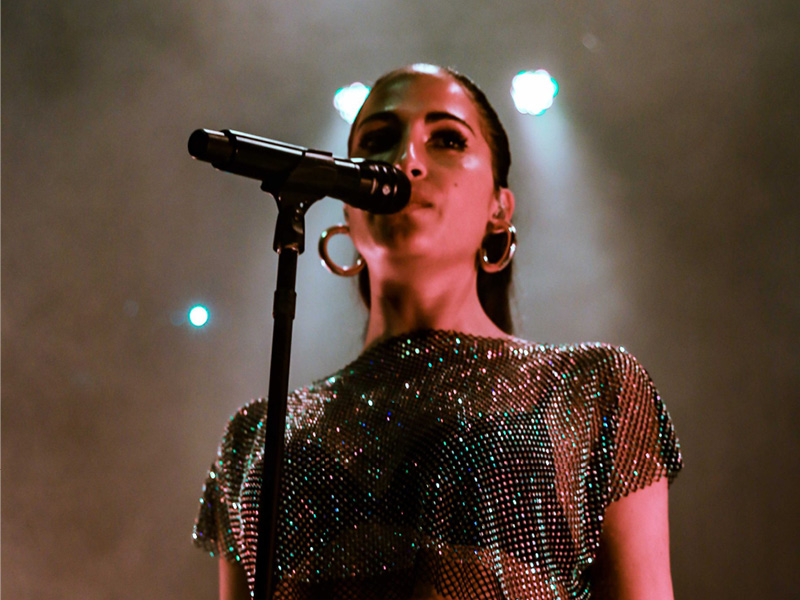 Snoh Aalegra’s latest album, Temporary Highs in the Violet Skies, is Aalegrah’s third studio album, with 15 tracks featuring guest appearances from Tyler, the Creator and James Fauntleroy. The album charted at number 3 on the Hot R&B albums chart, and number 24 on the Billboard 200.

Snoh Sheri Nowrozi better known by her stage name, Snoh Aalegra, is a Swedish singer and songwriter based in Los Angeles. Teen Variety said, “Her lyrics, though dark at times, are rich with honesty and matured diary-like confessions. Her textured beats are always aligned with her emotionally charged voice and raw flow. Her sound is comforting and earnest and unexpectedly inviting. Snoh Aaelgra has that intangible It factor that's far more palpable than any first initial misconception you may have of her.”

Her debut album, Feels, was released in 2017, followed by, Ugh, Those Feels Again, in 2019, charting at number 6 on the Hot R&B albums chart, and number 73 on the Billboard 200. That album earned critical praise and garnered two R&B hits, "I Want You Around," and "Whoa", ultimately winning her Best New Artist at the 2020 Soul Train Awards and Best New R&B Artist at the iHeartRadio Music Awards.

R&B Brit newcomer, Ama Lou, from North London, joins Aalegra as the opening act for the Ugh These Temporary Highs tour. She made her breakthrough in 2018, when she released DDD, an understated and fluid EP that affirmed her place in a class of emergent English R&B artists. This led to her major-label debut in 2019 with the single "Northside," a collaboration with Frank Dukes, Murda Beatz, Jerald "Coupe" Cooper, and Foster.