Turning people all across the US into musical detectives, The Masked Singer is Fox's smash hit televised reality singing competition, and now fans of the show get to see it come to the stage with The Masked Singer Live! Coming to Paramount Theatre Seattle on Saturday 18th July 2020, this all-new stage show is a riot of color, fun, and enigma as a secret celebrity star performs hit songs to eventually be revealed as The Masked Singer! Will you get it right? Find out in this hugely entertaining production! 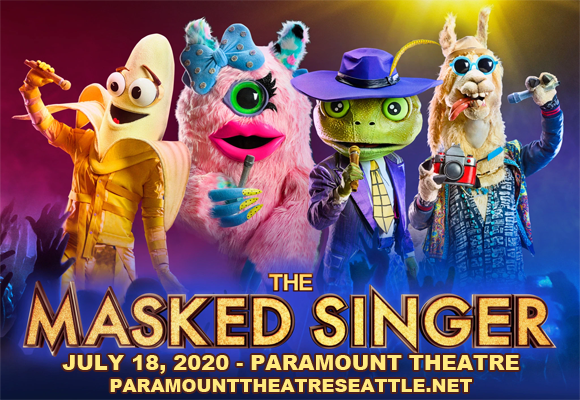 The Masked Singer is TV's number-one entertainment telecast in two years and Fox's highest-rated and most-watched entertainment telecast in six years. Based on the South Korean show King of Mask Singer, the series premiered on Fox on January 2, 2019. The reality television series features several celebrity contestants whose identities are concealed by full-length costumes and face masks. Each contestant performs a cover of a famous song each week to be judged by the audience and a panel. At the end of each show, the contestant with the least votes must reveal their identity and leave the competition. On February 2, 2020, after Super Bowl LIV, the show's third season premiered, racking up 26.7 million total viewers, making it television's highest-rated and most-watched reality telecast in eight years.